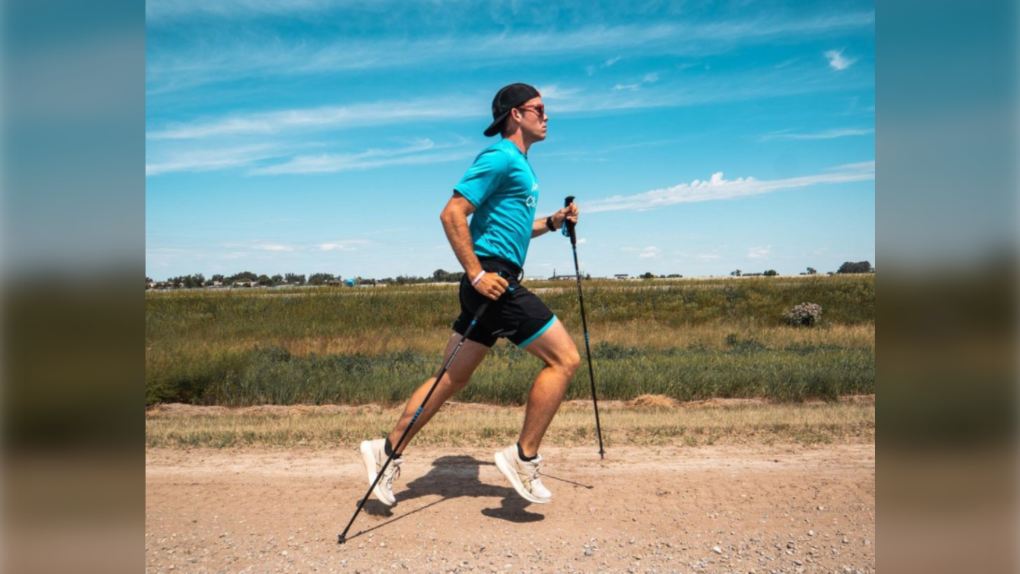 LETHBRIDGE -- Most runners train between 12 to 20 weeks to run a single 42-kilometre marathon.

But compare that to 24-year-old ultra marathon runner Skylar Roth-MacDonald's current journey, and a single marathon seems like child's play.

He's been running every day since his cross-country expedition kicked off in Victoria, B.C. on June 1st and he's averaging a whopping 68 kilometres per day.

"I've always thought it is just a great challenge to go coast-to-coast and see what the body's capable of and what the mind is capable of," said Roth-MacDonald.

His effort is gaining national attention and inspiring people to join him on the road for a few kilometres while he passes through their community.

"To do it day after day is just... It's phenomenal really," said co-owner of Lethbridge's Runner's Soul Shawn Pinder.

"Many people have tried running even five or 10 kilometres per day. Even that kind of distance is really challenging so, to do that seven times over is pretty phenomenal." 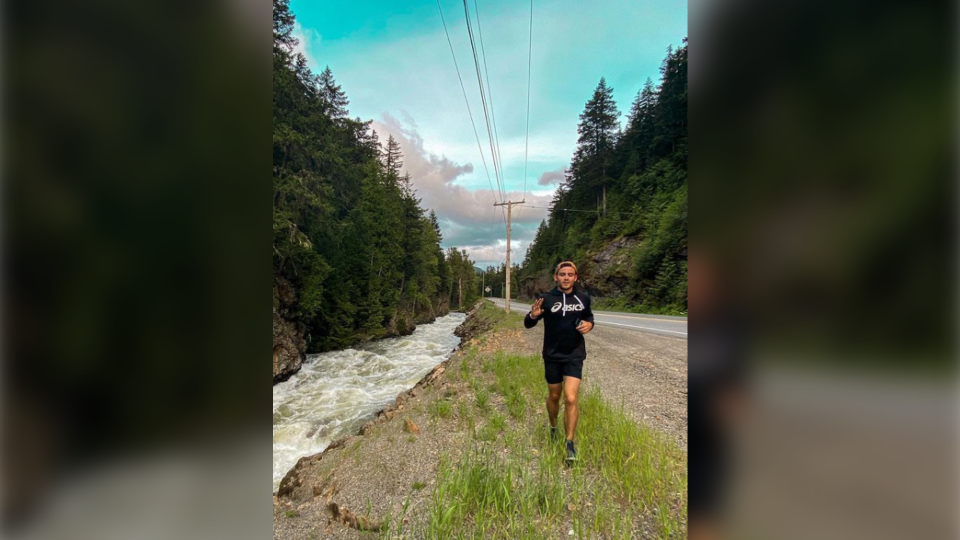 Roth-MacDonald is giving himself just 150 days to get from Victoria to St. Johns, Nfld.

It's all part of his fundraising effort 'Miles for Smiles' with proceeds raised going to support the Canadian Mental Health Association (CMHA).

"The cause was just a no-brainer for me. There's a lot of awareness that has to be made and I'm happy that we're starting to make waves."

Roth-MacDonald grew up in Red Deer with a tight-knit group of friends that he made through local soccer teams.

In 2009, the group lost a teammate and a good friend to suicide at just 12 years old. Three years later, a second close friend and teammate committed suicide at 16.

Today, Roth-MacDonald is pushing his body to its absolute limit as a way of overcoming his own bout with depression and shining a light on the issue to lift the stigma and spark conversations about mental health.

For Christopher Sookrah, Roth-MacDonald's good friend and crew member for Miles for Smiles, hearing about the cross-country trek didn't come as a huge shock.

"Skyler's always reaching for the top. I was kind of surprise when I heard, but also like, you're going to crush it and if anybody can do it, it's you," said Sookrah.

The pair made their way through Lethbridge on Wednesday and expect the next week or so to go by smoothly considering Alberta's flat terrain.

B.C., however, was a different story. Not only did the various hills make for an exhausting endeavour, Roth-MacDonald also had a terrifying close encounter with one of Canada's most dangerous wild animals.

On the tenth day of his journey near Castlegar, B.C., Roth-MacDonald was separated from the RV that was being driven by Sookrah.

There was no cellphone reception in the area, and the sun was starting to set. To make matters worse, Roth-MacDonald said he remembers having an eerie feeling that something was stalking him from the bushes.

"Just to be careful and just to be sure, I had my bear spray out and my gut was right. At around 9 p.m., a cougar jumped out at me and on to the guard rail," he said.

"It had it’s mouth wide open, but fortunately I had the spray right in my hand and had to spray it and then ran as fast as I could back to the RV, which fortunately was just 700 metres behind me. We definitely ended the day there."

That potentially deadly close call wasn't enough to deter him from giving up on the ultimate goal of reaching St. John’s by the end of October and raising at least $50,000 for the CMHA.

Throughout the past three weeks, both Roth-MacDonald and Sookrah said being able to experience the nation's natural beauty and meet helpful, warm-heated individuals along the way is fuelling them to continue pushing forward.

Roth-MacDonald is also in the process of applying for grants in an effort to create a film that he hopes to share with students across the country in an effort to highlight mental health issues and break down the stigma that can come with accessing the proper care.