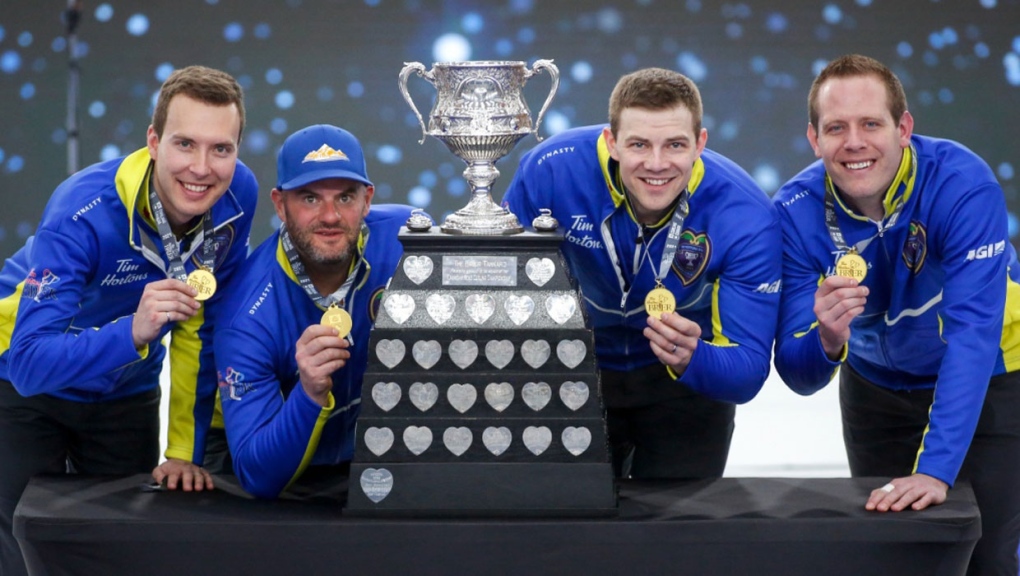 Losing in the finals is a bitter feeling that Darren Moulding and Team Bottcher know too well after coming up short and settling for silver at the Tim Hortons Brier three years in a row.

This year's competition was a different story with the team winning its first-ever Brier title.

"We were wondering, how come we're not playing well in the final? We know we can do it and we just found a few things that slightly would change in the finals," said Moulding.

"This year we fixed all those problems and we really showed our talent which is really satisfying."

Moulding spent six years as the ice maker for the Coaldale Granite Curling Club and one with the Lethbridge Curling Club.

He said the time he spent in southern Alberta helped him grow into the person he is today.

"You could say I became a man when I moved to Lethbridge. I had to be independent, we struggled financially a little bit at the beginning and I was supported so well by the people in the community."

Moulding now lives in Lacombe, which he said is a huge advantage for Team Bottcher.

"It was a good change for me to move to Lacombe. It got me closer to my curling team and gave us the opportunity to practice together all the time," he says. "Not a lot of teams have that option."

With a win at the Brier, Team Bottcher will represent Canada at the World Men's Curling Championship which gets underway on April 2 in Calgary.

Moulding is a proud Albertan who says he's pumped up to sport the maple leaf.

"There's going to be four Alberta boys with Canadian jerseys on our backs. It's pretty special."

The win also means they'll be representing Canada at the 2022 Tim Hortons Brier at the ENMAX Centre in Lethbridge.

For Moulding, making a triumphant return to the region he called home for about nine years is something he's dreamt about.

Now he has his sights set on the team's future.

"We found the right guys. It's like six brothers. We play for each other and we always have each other’s backs."

Moulding is currently competing alongside Joanne Courtney in the Canadian Mixed Doubles Championship.