'It was so cool': Calgarians watch demolition of Stampede LRT platform

If you’re northbound on Macleod Trail into Calgary’s downtown you’ll notice a slight delay in traffic this weekend but also the notable absence of the Plus-15 bridge and elevated portion of the Victoria Park/Stampede LRT station.

The pedestrian bridge was brought down Friday night and construction continues on the spiral red staircases leading into Stampede Park from Macleod Trail.

“It was so cool,” says Richard Jacobson. “It looked like Transformers. The excavators were just tearing the ramp right up and I was just like, wow!”

The construction is part of the Rivers District master plan which is a 20-year vision for east Victoria Park which includes new amenities like the new event centre, BMO expansion and a new Stampede retail destination.

“The fundamental premise of that plan is to get more people, Calgarians and others, to come into this area. We have a huge part of this city that’s been under-utilized,” says Kate Thompson, the president and CEO of the Calgary Municipal Land Corporation (CMLC).

CTrain and transit users can now access the platform by two barrier-free at-grade level crossings that were unveiled earlier this week.

“It has been 40 years since the community has been able to access Stampede Park directly from the key gateway of 17th Avenue,” said Calgary Stampede CEP Joel Crowley in a release.

Pre-pandemic, close to 13,000 people used the station everyday and planners say the changes shortens the distance for pedestrians seven-fold.

“Users as they’re coming through are going to see the first hand view of the construction but the amount of actual station closures is actually quite small,” says Thompson. 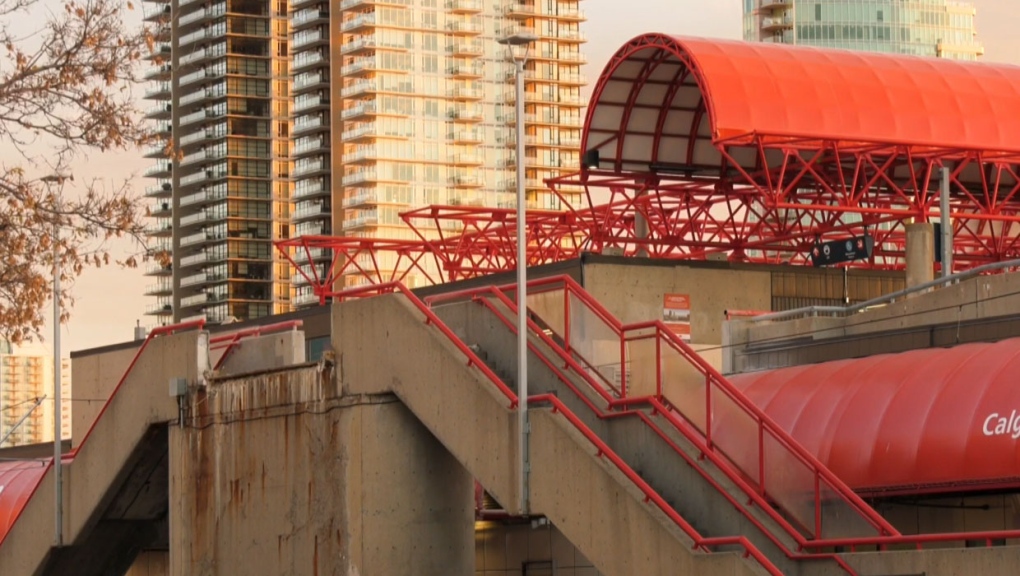 There were slight delays in traffic Saturday due to the construction in the area however many nearby businesses didn’t notice an impact.

“As of now I don’t see any impact or any traffic problems but however potentially eventually we’ll have some impacts,” says Jason Kim with SnowCapz Cafe. “In a long time it will be good for the community since we’ll have the new arena and new buildings so it’ll be a good plan for this southeast community downtown.”

During the construction, the city say transit service will take place with the exception of five long closures over weekend periods.

Plans also include work to begin on a temporary station in spring 2022.