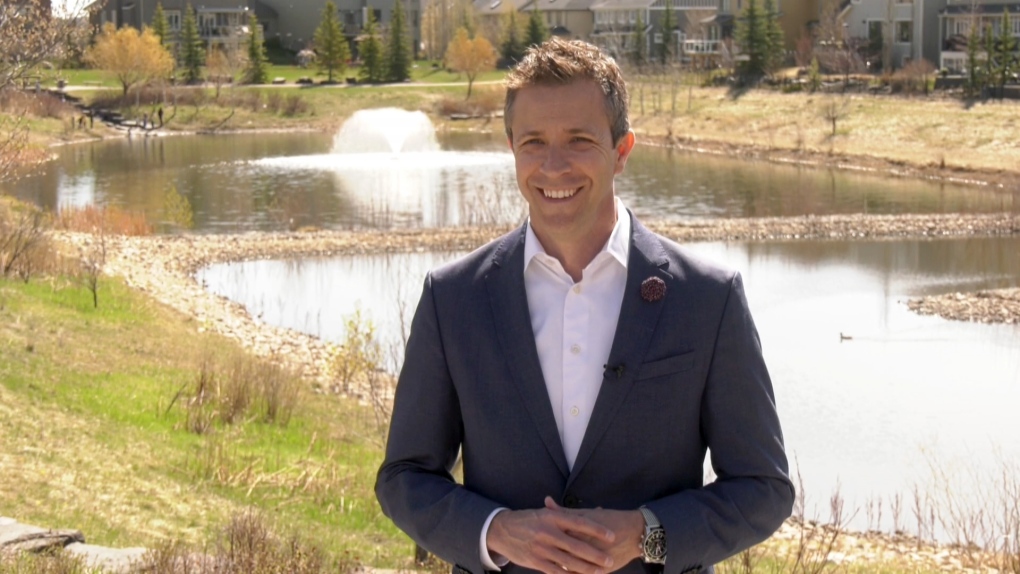 Jeff Davison has announced his will run for mayor in Calgary civic election this October.

CALGARY -- There will now be three current city councillors seeking the mayor's chair in this October's civic election after Jeff Davison announced his intentions Wednesday afternoon.

Davison, who was first elected to council in 2017, had earlier said he would once again run for his Ward 6 seat.

On Wednesday, he announced his intention to run for mayor.

"Calgary is one of the best places to live anywhere. As a dad to three young kids, I’m running to help keep it that way," he said.

"What you’ve seen from me in the past four years is what I’m all about. Calgary has what it takes to move beyond the devastating last few years. It’ll take the right leader to make that happen. I’m that leader.”

Davison adds that he "intends to build on his track record for successfully bringing business and community leaders onside to help Calgary safely grow again."

“Positive, collaborative leadership is exactly what is needed to accelerate the rate of new investment back to Calgary,” he said.

“As a councillor, I’ve helped lay the groundwork for a Calgary recovery. That recovery is not guaranteed. Everything we have worked toward is at risk if we don’t have the right leadership. That’s why I’ve decided to step up and run.”

Mayor Naheed Nenshi is not seeking re-election this fall.

Davison listed a number of accomplishments over the last four years, including:

Davison was also the driving force behind a move to resume negotiations with the Calgary Flames over a new arena, which resulted in a deal that will see Calgary Sports and Entertainment Corporation (CSEC) — which owns the Flames — and the City of Calgary each pay half of the arena’s $550-million price tag, but the building and land will be owned by the city.

The race for mayor in Calgary is shaping up to be a busy one as there are 14 people registered so far, including: