Job postings cause more controversy between Alberta doctors and province

CALGARY -- A rift between Alberta doctors and the government has widened again for some physicians concerned by the province posting nearly 200 job openings on a website looking for international doctors.

Alberta Health Services posted 179 openings on medical.careers.global looking for applicants to work as general practitioners and specialists across the province.

It's a trend some find concerning.

“The amount of postings that are currently online is a bit of a concern that we have actually been pointing to for quite some time now,” said Sandra Azocar, executive director of Friends of Medicare.

“What we’re seeing with those international posts is just basically as reaction and reality that Albertans need to take heed from.”

She supported comments made by a Calgary doctor on Twitter concerned the job postings were Alberta Health Services and Health Minister Tyler Shandro “searching abroad for unknowing scabs to replace the docs who poured their hearts and souls into their communities.”

The province provided a statement responding to the comments.

“In fact, current postings are lower than in any of the past four years.”

Shandro responded at Monday's COVID-19 press briefing, saying "how disappointed I am that somebody would refer to our international medical graduates in this province as scabs.

"That is disrespectful," he said. "It's shameful behaviour."

Shandro went on to state that of an approximate 10,800 doctors in the province, a third are international medical graduates.

"They're an important part of our health system and they deserve that respect," he said,  describing the premise being presented by doctors as a "false narrative" and a "pressure tactic".

Alberta Medical Association said it could not assess the volume of the postings but questioned the timing.

“The AMA is not involved with the job posting board and we are not able to assess whether the volume or nature of the postings is unusual,” it wrote in a statement.

A recent survey by Alberta Medical Association revealed 49 per cent of doctors questioned were considering leaving the province due to the ongoing dispute with the government.

“This is due to the continued toxic and unstable environment without an agreement. We need to resolve our issues by returning to the table to negotiate,” said AMA.

Doctors who have left the province include Dr. Lindsey Campbell who worked in Alberta for six years but is now working in the Yukon.

“I have a contract I believe in, that I know the government is going to support and I just don’t feel vilified up here,” said Campbell.

Changes to the way the government is working with Alberta doctors have been causing a serious divide due to a series of moves from the health minister including Bill 21, allowing the government to break contracts whenever it wants and a new physician pay structure. 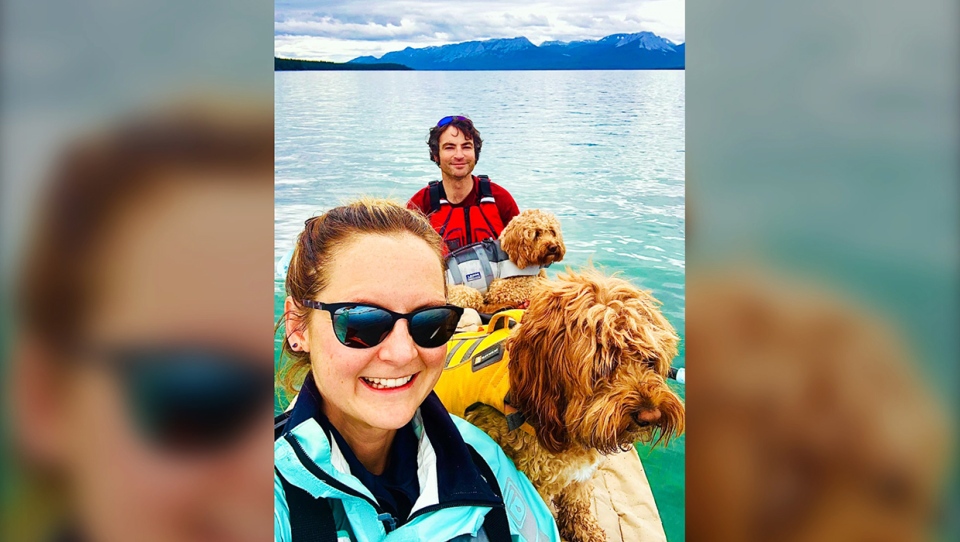 Campbell said her concern with the government was not about money, but respect and protection of public health care.

“I didn’t get into this job for the money," she said. "I came into it to make a difference, to help families.”

“It feels like in Alberta we’re having to do so much advocacy just to be able to do our jobs right now, especially during a pandemic,” said Campbell.

Shandro said the province spends $5.4 billion in physician compensation, which he described as the highest on a per-capita basis in the country, adding that the using the previous framework, the province was projecting cost overruns of up to $2 billion over the next three years.

"We look forward to working with the Alberta Medical Association," he said, "when they want to come to us with a proposal that's going to address that major concern that we have."