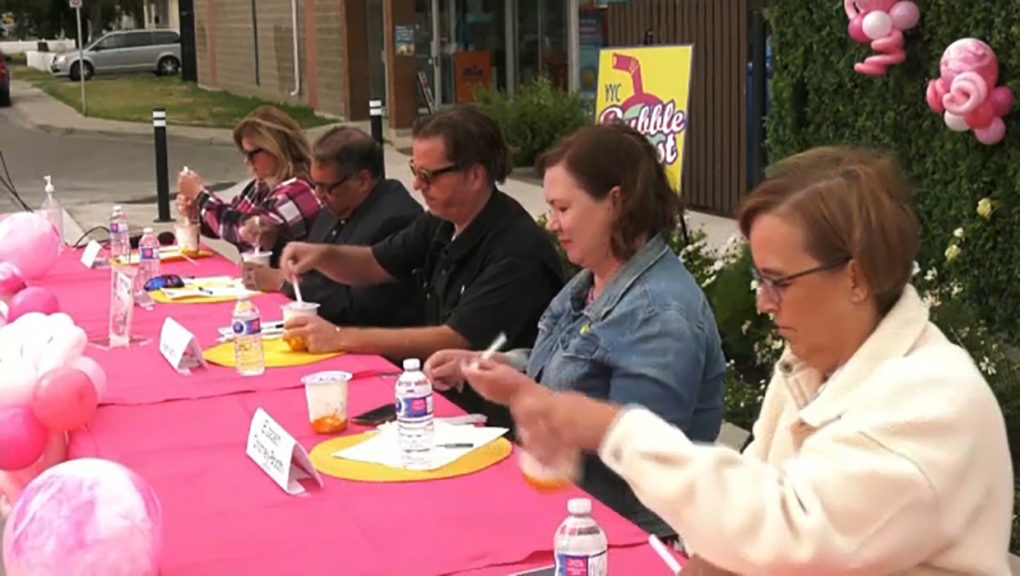 A group of celebrity judges voted on the city's best bubble tea and Asian dessert Thursday.

The top five restaurants were chosen in a vote by Calgarians. The contest was part of the annual YYC Bubble Tea and Asian Dessert Festival, founded by the Crescent Heights Village, International Avenue and Chinatown Business improvement associations, which hope to introduce Calgarians to food they might not otherwise try.

"The idea of the festival is to introduce Calgarians to bubble tea and Asian desserts they may not otherwise try while raising money and awareness for this year’s charity partner, Wing Kei Care Centres," said Camie Leard, the festival's co-organizer and the executive director of the Crescent Heights Village BIA.  "Wing Kei is a not-for-profit community-based organization that provides compassionate, quality, culturally appropriate and loving care to seniors of Chinese descent."

It also featured a brittle top made of melted brown sugar that had some judges comparing it to a crème brulee you can drink.

It gets the YYC Bubble Tea Festival trophy – and bragging rights for a year.