Just call him Toothpick: Stampeders linebacker McManis leading the way with his voice 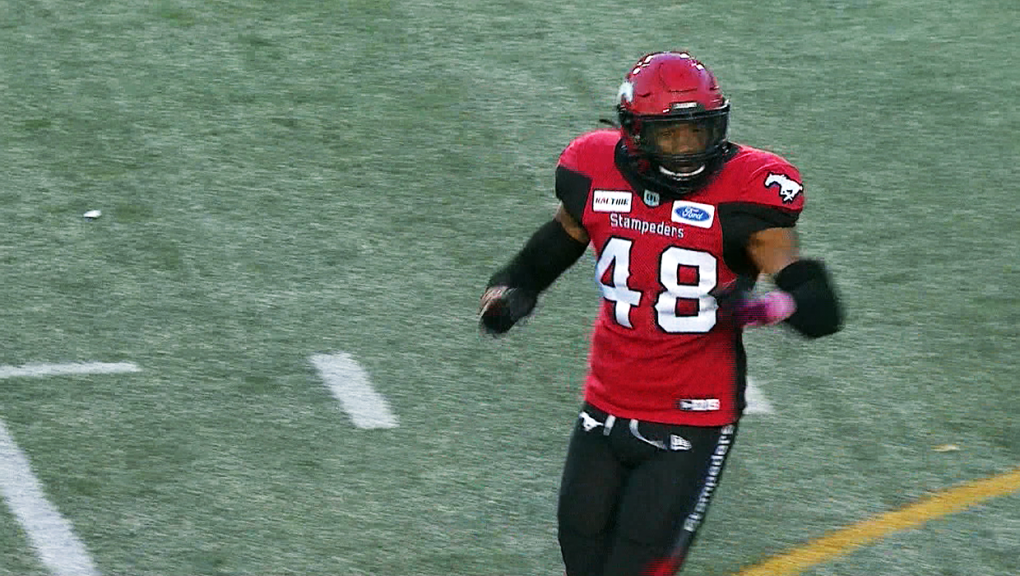 CALGARY -- It’s certainly not hard to pick Wynton McManis out of a crowd. He’s the guy chewing on a toothpick, whatever he happens to be doing.

McManis says it’s a habit that started at a very young age and hasn't lost its appeal yet.

“I’m Toothpick.  I mean everybody calls me Toothpick”, he says.  "I mean my whole life I’ve been Toothpick.  I’ve got pictures of me as a little kid (chewing on a toothpick)

"It’s my comfort zone. I don’t know any other way to put it,” he says.

About the only time the Stamps linebacker isn’t chewing on his toothpick is when he’s on the football field. That’s probably a good thing because McManis is always talking.  He’s a vocal leader out there.

Defensive back Tre Roberson says McManis's above-average communications skills are an important element of the game.

“I mean you have to have that player out there. Especially in the linebacker corps,” he told CTV.

McManis says that’s the only way he knows how to play the game.

“Definitely I see myself as a spark on the team.  If it’s quiet in practice then it’s fun to go out there and be that spark,” he said. "I bring that energy to the team you know.

Head Coach Dave Dickenson loves what McManis brings to the team culture, on and off the field.

“I love his energy.  That’s the main thing with Wynt: he loves life, he loves the game and he loves being out there," Dickenson says.

And McManis backs up all the talking.  In the Stamps' 37-33 victory over the Bombers on Saturday, he ended up with 11 tackles.

He says that’s what makes it all worthwhile.

“Oh yeah it felt good," he says, "and it felt even better to come out with a win”

McManis will hope to do more of that on Friday night in Winnipeg when the Stamps take on the Bombers for the second week in a row.