'Just get the damn shot': Calgary man encourages vaccine hesitant like himself after 2-week ICU stay

Bernie Cook says he has a new outlook on life after a nearly month-long battle against the Delta variant of COVID-19.

The 46-year-old Calgary man says he had no plans to get vaccinated — until Aug 31.

On Sept. 1, Cook tested positive for the COVID-19 and his symptoms continued to spiral out of control.

Five days later, on Sept. 6, Cook was admitted to the ER at Peter Lougheed Centre, before being sent home.

"I'm kind of anti-vax,” said Cook from his northeast home where he is now recovering. "I procrastinated, and it nearly cost me my life."

Cook says his wife is fully-vaccinated along with other family members. None showed symptoms after Cook was diagnosed.

“Nearly dying was quite an experience,” he said.

Cook was released from hospital on Sept. 23. 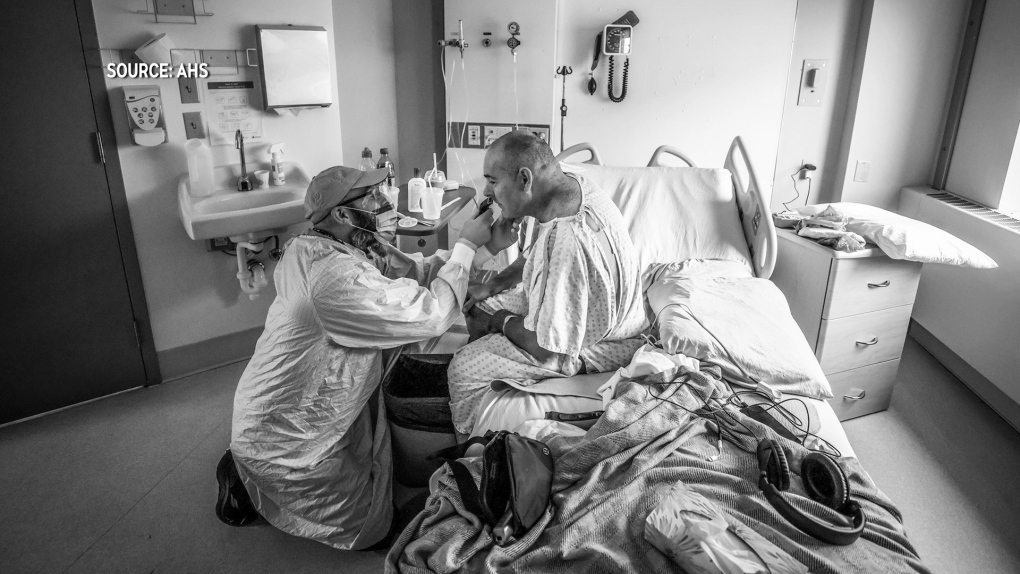 “The care that I got was top notch,” he said. “The staff are way overwhelmed. They're beyond overwhelmed. I wouldn't be alive if it wasn't for them.”

Cook says he can sympathize with people who are against vaccine mandates and public health restrictions.

“I understand them. You know, vaccine passports does not stop COVID,” he said.

But Cook believes some of that comes from not having seen the inside of a hospital, the way he has.

“If people saw that side of what I saw, that would make a difference,” he said. “They would realize that there's a lot of selfishness in, in, you know, you're taking my rights away.”

The night before his release, Cook received his first dose of the vaccine.

“Just get the damn shot,” he exclaimed.

“Even I was asking the wrong questions. I'm so focused on big pharma and ethics violations and all the stuff that anti-vaxxers are gonna be concerned about.” 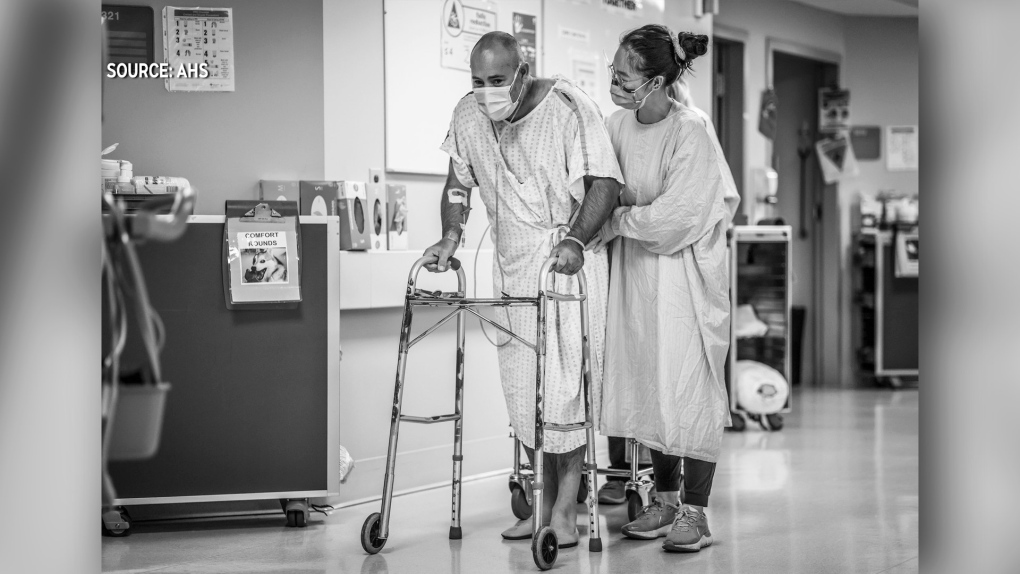 Bernie Cook was diagnosed on Sept. 1 and was in ICU eight days later. (Courtesy AHS)

Cook's wife was unable to visit him in hospital throughout the ordeal but his brother did, while he was in a coma.

He says the PLC has three dedicated COVID-19 units along with the ICU being full of patients. He hopes people in a similar position to him, who have not been vaccinated, don’t experience what he did.

“I do have a new appreciation and presence in the present moment,” said Cook.

The number of Albertans receiving care for COVID-19 in ICUs rose to a record level, according to Friday's data update which saw the province add 5,181 cases over the weekend.

It's the 11th time in September alone that a new record high has been set for the province's ICU patient count, which now stands at 265.