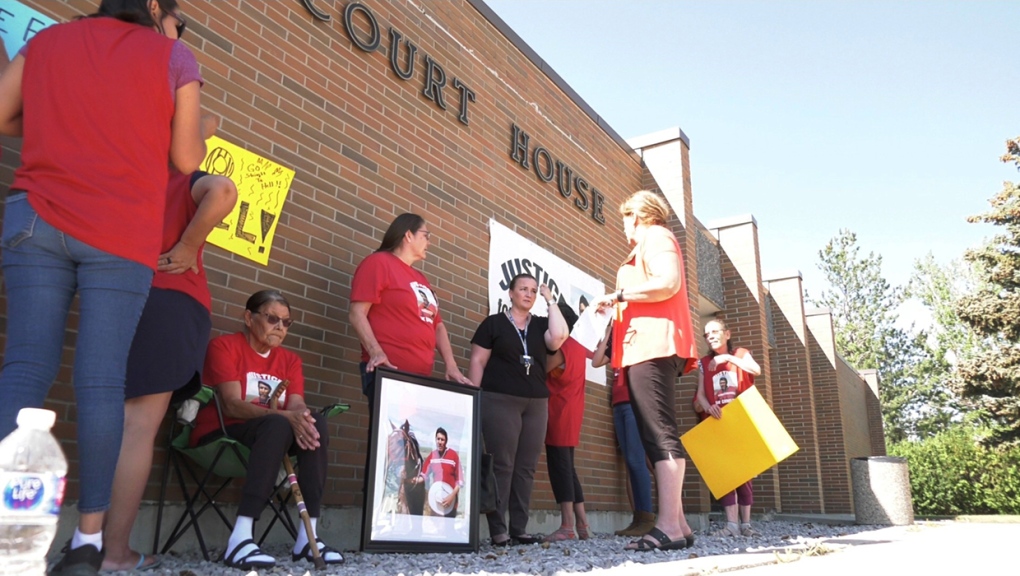 Family and friends gathered outside the Fort Macleod court house on Wednesday holding signs and posters ahead of the accused bail hearing.
LETHBRIDGE, Alta. -

A southern Alberta family is calling for justice to be served following the death of a 39-year-old man in Fort Macleod earlier this month.

On July 16, 2022, 39-year-old Cameron Holloway was outside of a convenience store when his family says he was attacked. Cameron fell, hitting his head on the curb and later died in hospital from his injuries.

“Losing Cameron the way we have has been an extreme, extreme shock to all of us,” said Tamara Plain Eagle, Cameron’s oldest sister.

Family and friends gathered outside the Fort Macleod court house on Wednesday holding signs and posters ahead of the accused's bail hearing.

“Cameron was a very kind, gentle person. He was very humble, very giving. Cameron wasn't the person to go out and look for trouble,” Plain Eagle said.

Holloway’s family said he suffered mobility difficulties from an accident a few years ago and wouldn't have been able to defend himself during the altercation. Now, his family is speaking out, looking for justice.

“If anyone is going to take a life, they need to serve life in prison, just the way we've all been given life without Cameron,” Plain Eagle told CTV News in an interview. 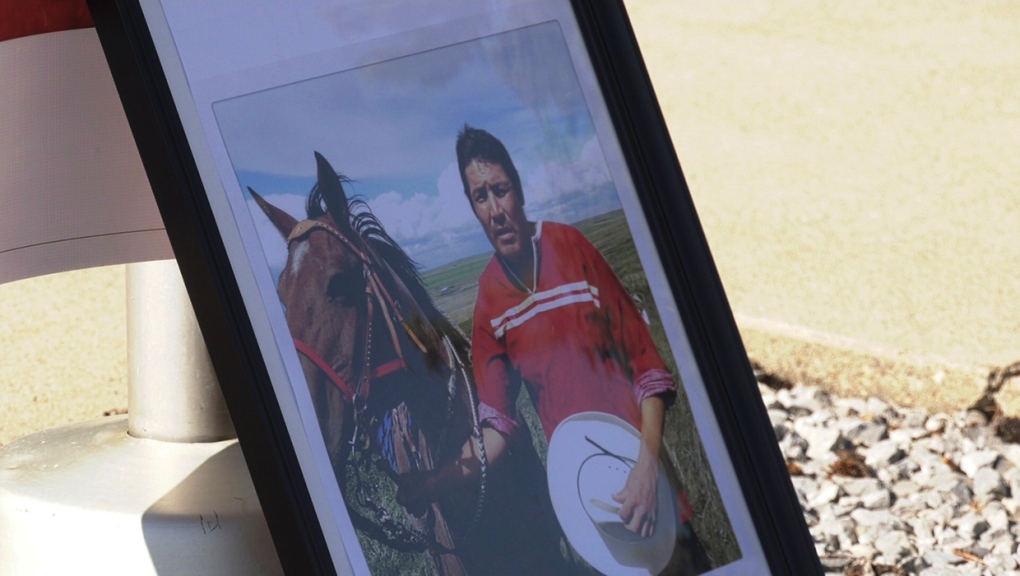 Cameron’s mother, Dayle Holloway, says he was raised to respect everyone. Dayle says she's still left wondering why Cameron fell victim in the assault and says he didn't deserve to die.

Growing up Holloway took pride in being a cowboy, wildland fire fighter and caring for his young son.

His mother, Dayle Holloway, said he was raised to respect everyone. Dayle said she's still left wondering why Cameron fell victim in the assault and says he didn't deserve to die.

“His dad always told him if someone comes to pick on you, wants to fight you for no reason, turn around and walk the other way and leave the person,” Dayle said.

RCMP say 36-year-old Rodney Small Legs Jr. is charged with manslaughter in Holloway’s death. The two men were known to each other. A bail hearing was held Wednesday in Fort MacLeod, something Holloway’s family said should not be an option.

“Cameron is now resting in peace and what gives us comfort is knowing that he can't be hurt again," Plain Eagle said.