Katy Rutherford ready to tee it up at ATB Financial Classic, become second woman to compete in event

When Katy Rutherford tees it up on Thursday morning for round one of the ATB Financial classic at Country Hills, she will become just the second woman to do so at that event. Isabelle Beisiegel was the first, back in 2005.

Rutherford knows when she steps on that first tee she's going to be a little nervous but the Country Hills member also believes she has an advantage over some of the field.

"I mean I kind of do have home court advantage," the 22-year-old told CTV.

"I know this course really well and I know where my misses can be," she said.  "I think that's going to ease the tension quite a bit. "

Rutherford said that it will also help to have her Dad caddying for her and friends and family in the crowd.

Being just the second women to play in this event isn't lost on Rutherford and she says she wants to put it to good use.

"I'm really thinking what it's going to do for women's golf. Like I want to be able to grow the game in more than one aspect and I think (it would be great) if this can be something that a little girl can look at and say I can do that too," Rutherford said.

"That's going to be huge and it's something that I'm going to feel really good about." 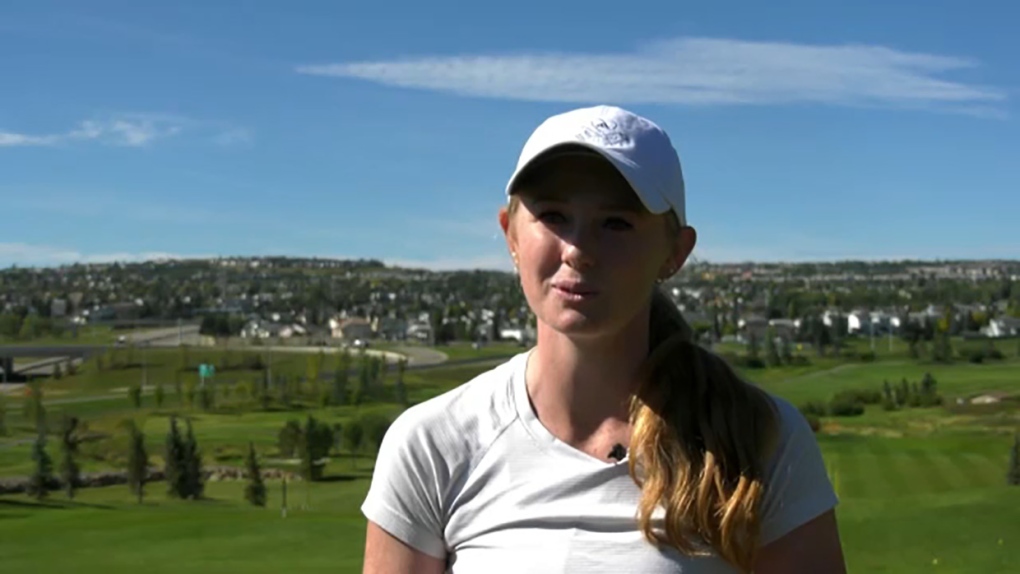 Aaron Crawford, one of Calgary's top professional golfers, is also teeing it up at the ATB Financial classic.

Crawford has been playing practice rounds and helping Rutherford prepare for the event as much as he can.

Crawford predicts Rutherford will do very well at this year's tournament, saying he thinks she'll make the cut.

"I mean I've seen her shoot a couple under out here consistently.  You know for someone her size she can hit it insanely long," Crawford said.

"You know she can probably get it out there 280 (yards) and so I don't think length is that big of an issue having to play the back tees with the rest of us.  I like her chances," he said.

Rutherford isn't thinking about any goals.  She doesn't want to put any added pressure on herself.  She just wants to take in as much as she can at this event.

"I don't want to get hung up on any kind of outcome," she said.

"Obviously making the cut and being in the mix would be huge," she added, "but to be honest I just want to make sure I'm getting the most out of the week."

"I'm going in with a really positive attitude," she said, continuing, "and coming in, I'm mentally strong as well.  I'm going to get the most out of every shot and enjoy the whole experience."

If you'd like to watch Rutherford at the ATB Financial classic, she tees off on Thursday morning at 9:50 with Kyle Miller and Kyle Mossfeldt.