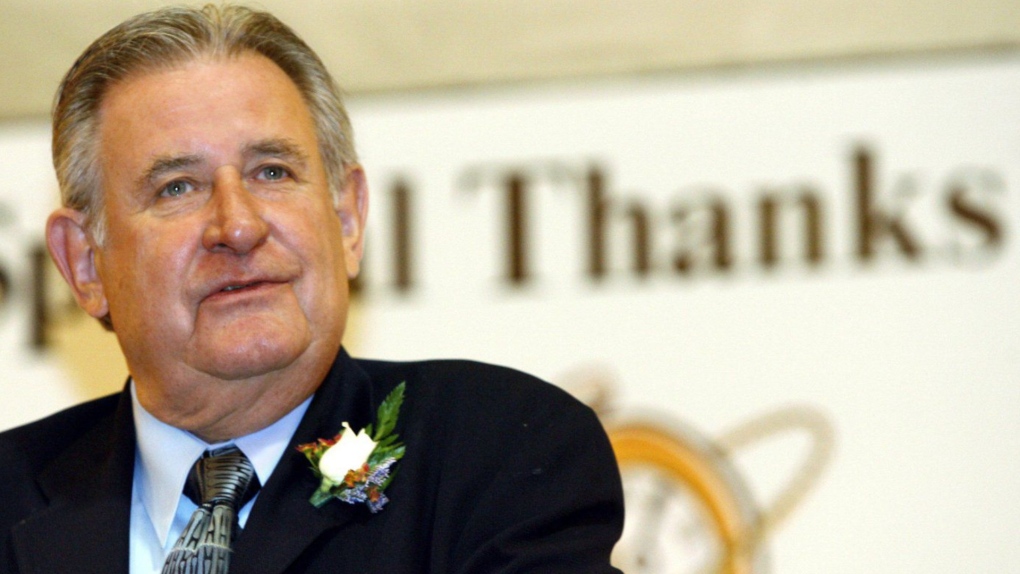 Former Alberta Premier Ralph Klein speaks during a funding announcement at Heritage Park in Calgary on Sept. 20, 2006. Earlier in the day, Klein's letter of resignation was accepted by the Alberta PC party. THE CANADIAN PRESS/Jeff McIntosh
EDMONTON -

Alberta Premier Jason Kenney announced in May that he would be stepping down as United Conservative Party leader after receiving 51.4 per cent support in a leadership review. Kenney said the result did not show enough support for him to stay on and he would step down when a new leader could be chosen. A new leader and premier is to be elected Thursday. Here are some past Alberta premiers who resigned amid party strife:

The folksy one-time Calgary mayor led Alberta's Progressive Conservatives to four straight majority governments. But toward the end of his tenure, Klein's popularity was buffeted by austerity measures, labour conflict and questions about his behaviour. He garnered 55 per cent support in a March 2006 leadership review and stepped down later that fall.

Stelmach won a come-from-behind victory to replace Klein as party leader and premier. A review of oil and gas royalty rates the following year drew anger in many quarters. Though he led the PCs to a resounding majority in the 2008 election and garnered 77 per cent approval in a 2009 leadership review, some caucus members took issue with his handling of the economy. In early 2011, he announced he would not be seeking re-election.

Redford became Alberta's first woman premier when she succeeded Stelmach as leader. The PCs won a majority in the 2012 election, despite predictions that they would be toppled by the upstart right-wing Wildrose Party. She, too, won 77 per cent party support in a leadership review. But revelations of lavish travel expenses — like $45,000 to attend Nelson Mandela's funeral in South Africa — led to Redford's undoing. Following weeks of caucus turmoil, she resigned in March 2014.

The respected former federal cabinet minster left politics for the private sector, only to return to the fray for a run as PC leader. He handily won the leadership, but his party suffered a historic defeat to the New Democrats in the 2015 election, ending more than four decades of PC rule in the province. Prentice stepped down as party leader and MLA on election night after his party ended up in third place.