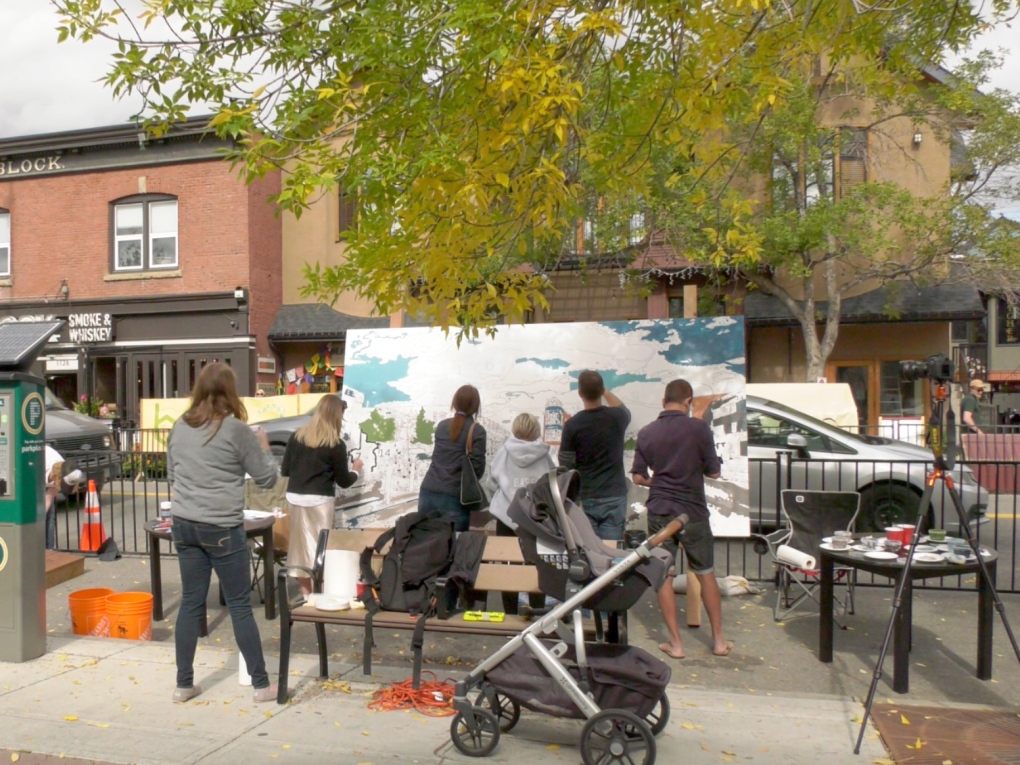 Calgarians were asked to contribute to a large painting of Kensington as part of PARK(ing) Day.

For an entire mild September afternoon in Calgary, the heart of Kensington is being transformed into a people-oriented public space as part of the annual PARK(ing) Day.

Celebrated in cities around the world, PARK(ing) Day temporarily converts parking stalls into creative and interactive zones of public engagement.

In Calgary, 19 groups composed of designers, artists, and students installed colourful and interactive displays near the intersection of Kensington Road and 10A Street N.W.

“Just because any public space like a park, sidewalk, or a parking stall is always functioning one way, it doesn’t mean we can’t re-imagine what it could be,” she said.

One of the most popular stalls was a large painting of the Kensington area, which allowed anyone to grab a brush and contribute to the work.

Zago said that type of engagement can have a profound effect on how people view the space they live in.

“It helps to spark our imaginations and prompt us to think about public space, how it’s allocated, and that untapped potential,” she said.

People passing through the area may have been surprised at the higher congestion, but Zago explained it usually translates into a positive experience.

“Lots of people unexpectedly come across it, and the designs are so whimsical I don’t think they can do anything but smile,” she said.

PARK(ing) Day is held on the third Friday in September in cities around the world. In Calgary, the event runs from noon to 6 p.m.