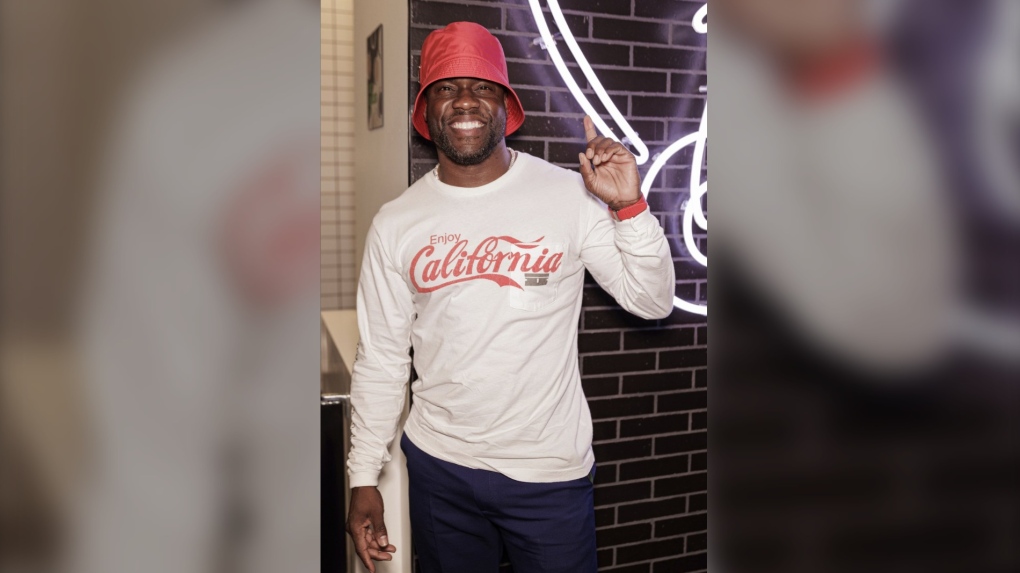 Kevin Hart poses for a portrait at the opening of his new vegan fast-food restaurant "Hart House" on Wednesday, Aug. 24, 2022 in Los Angeles. (Photo by Willy Sanjuan/Invision/AP).

The Scotiabank Saddledome announced Hart is slated to hit the stage on Dec. 8 as part of his Reality Check tour.

This won't be Hart's first foray into Alberta as the star of Ride Along and the Secret Life of Pets spent time in the Rockies in 2019 during filming of the sequel to the Jumanji remake.

The Calgary performance and a Dec. 9 show at Rogers Arena in Vancouver are the only Canadian dates on the western leg of Hart's tour.

💥 SHOW ANNOUNCEMENT💥@KevinHart4real is bringing a reality check to #YYC! Catch him at the Scotiabank Saddledome on December 8th, 2022.

🎟 Mark your calendar, tickets go on sale Friday September 23 at 10am! pic.twitter.com/q0Qo5FdXzo