Keystone pipeline spill in Kansas one of the biggest in recent U.S. history

Keystone pipeline spill in Kansas one of the biggest in recent U.S. history 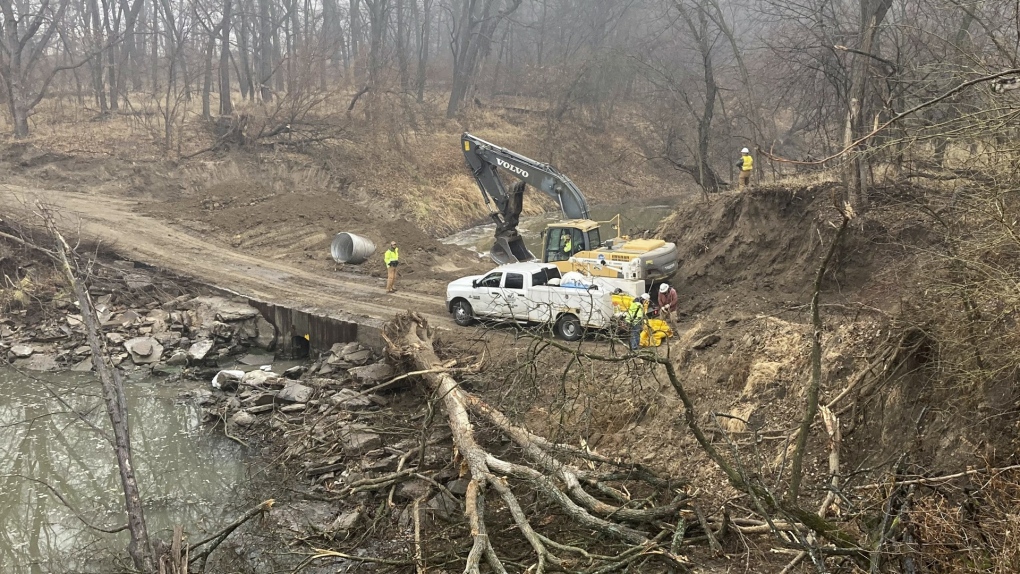 The Washington County Road Department constructs an emergency dam to intercept an oil spill after a Keystone pipeline ruptured at Mill Creek in Washington County, Kan., on Dec 8, 2022. (Kyle Bauer/KCLY/KFRM Radio via AP)

Fourteen-thousand barrels of crude spilled into a creek in Kansas, in one of the largest oil spills in the U.S. in nearly a decade.

Work is underway to contain the spill, with vacuum trucks and booms being used, and an emergency dam being built to intercept the oil, which came from the Keystone pipeline owned by Calgary-based TC Energy.

The spill happened in the middle of a pasture in Washington County, about 240 kilometres northwest of Kansas City.

A Kansas Environmental Protection Agency official says the cause is still unclear.

There are no known impacts to drinking water wells.

It's not known how long the closure will last.

TC Energy has mobilized about 100 people to respond to the spill, and local as well as state emergency management and safety personnel are also on scene.

The pipeline carries crude from the oil sands destined for the Gulf Coast.