'Komodo dragons on steroids': Fossil of predatory water dweller recovered at mine 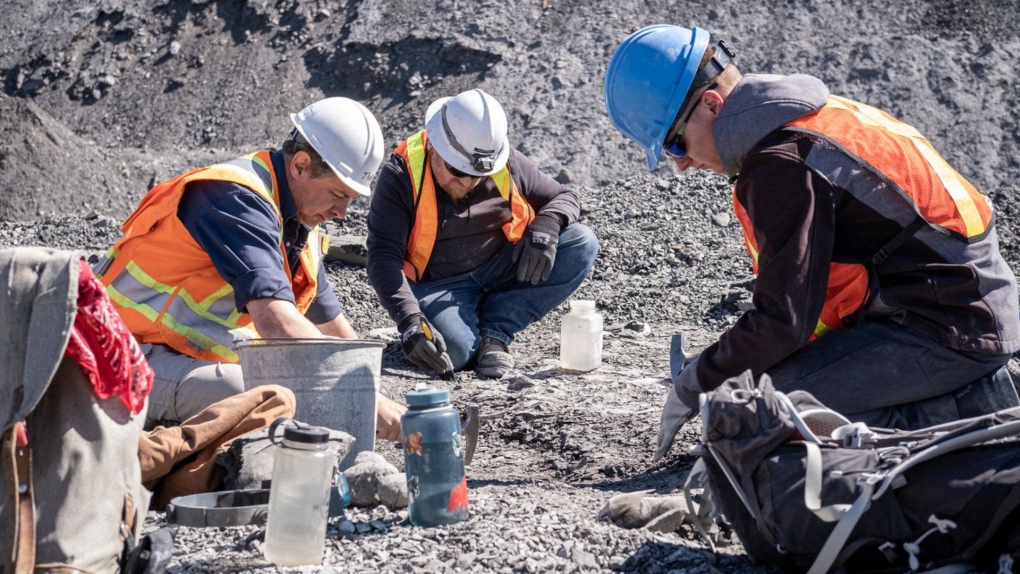 Technicians from the Royal Tyrell Museum of Palaeontology, Darren Tanke, (left to right) Mark Mitchell and Dawson Lambert work on preserving a mosasaur fossil, Wednesday, May 11, 2021, at the Korite mine south of Lethbridge, Alta. David Rossiter/The Canadian Press
MAGRATH, ALTA. -

A fossil of a prehistoric lizard "on steroids" has been found at a mining site in southern Alberta.

The partial fossil of a mosasaurus was recently discovered at an ammolite mine south of Lethbridge.

It lived in the inland sea that covered Alberta during the Cretaceous Period about 75 million years ago and would often grow to be seven to eight metres long with a skull that was about one metre.

Donald Henderson from the Royal Tyrrell Museum of Palaeontology said mining operations have been providing a regular supply of various fossils for years and the museum has about 30 partially complete mosasaurus skeletons.

"It does surprise me because there's long sequences of vertical layers of rock where you don't find any and then you come to a layer where there's a whole bunch," Henderson, the museum's dinosaur curator, said in an interview.

"We're very fortunate here in Alberta. We get so many fossil types of reptiles," he said. "We get a bit, I wouldn't, say blasé, but compared to other parts of the world, they would love to have what we have."

Henderson said every find is a little bit different.

"There's always something new to be learned. One of the things we've been tracking the last few years is exactly where in the rock layers they come from. The vertical layer of rock records time," he explained.

"We can see what species are occurring at what different layers … and possibly the menu items, because these things were the top predators."

Henderson stressed that the mosasaurus is not a dinosaur. He said it descended from land dwelling lizards and, over tens of millions of years, began to adapt to water with the addition of four modified flippers and extra joints in their skulls. 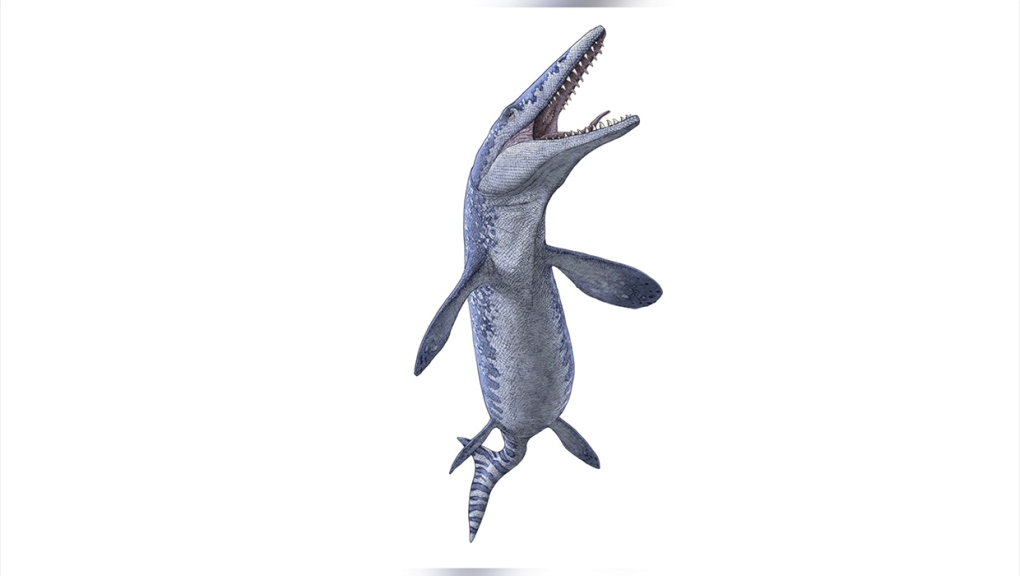 Henderson stressed that the mosasaurus is not a dinosaur. He said it descended from land dwelling lizards and, over tens of millions of years, began to adapt to water with the addition of four modified flippers and extra joints in their skulls.

Henderson said they have been able to identify the mosasaurus as a top predator.

We've got a couple of specimens with stomach contents so they were chomping down on fish, turtles and other mosasaurs," he said. "They would eat whatever they could overpower."

John Issa, vice-president for business development for Korite, a Canadian company that mines and sells Alberta’s official gemstone, ammolite, said the company has found 12 mosasaurs there over the last 40 years.

"So it's not a rare occurrence, but it is a special occurrence when it happens," Issa said.

"This piece had an amazing skull piece. It had a jaw section with the teeth for both the uppers and lowers in the same rock." 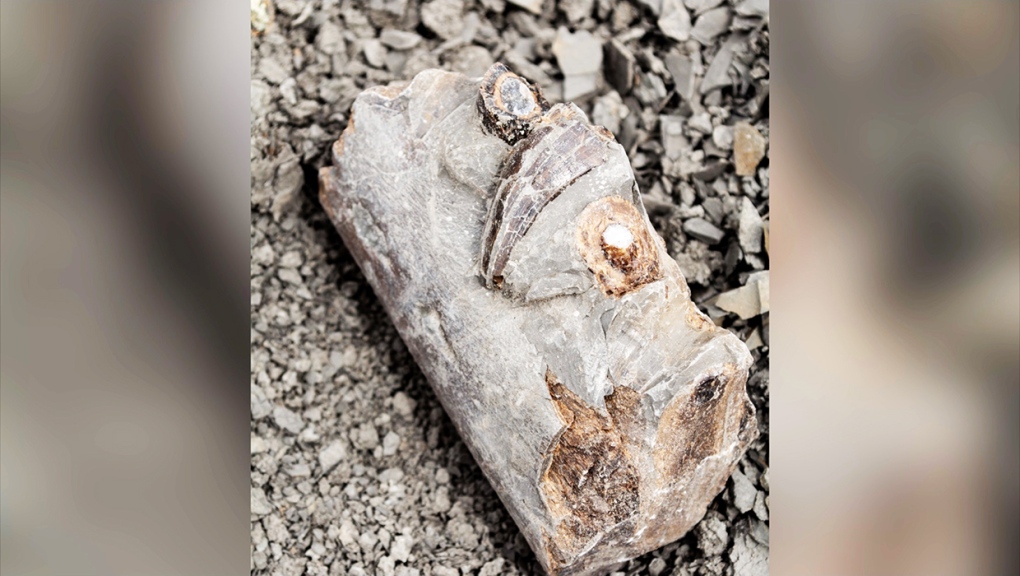 The partial fossil of a mosasaurus was recently discovered at an ammolite mine south of Lethbridge.

Mine foreman Evan Kovacs said it was just a normal day until the skull and jawbone, which have already been sent to the museum, were spotted by the operator of the excavator.

"They just moved some material around, scraping it just to level off the machine and they found some brown material, which ended up being the bones of the mosasaur that they found," Kovacs said.

"Every time we find something (that) ends up being a vertebrate fossil, like this mosasaur, it's always a very great moment, the excitement definitely rises."