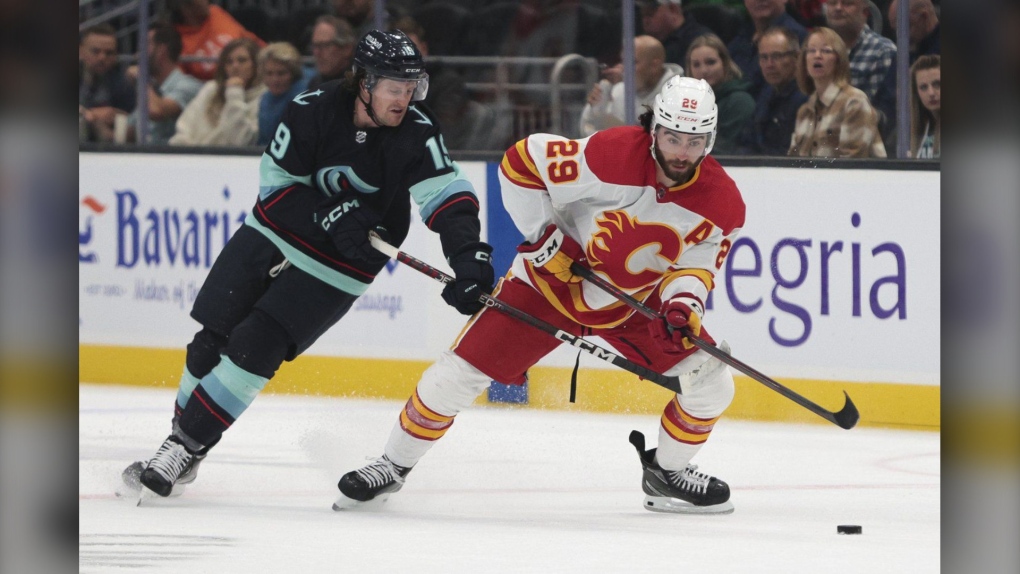 The Seattle Kraken promised to be much better this season and, while it's really early, there are reasons for optimism.

The Kraken, who finished with only 27 wins and 60 points last year — third worst in the NHL — have had an upbeat camp and promising start to their pre-season schedule. In fact, they've yet to lose or surrender a goal.

The Kraken knocked off the visiting Edmonton Oilers 3-0 on Monday night, and on Tuesday they beat the visiting Calgary Flames 3-0. Two wins, two shutouts and an Alberta sweep — did we mention it's early?

Daniel Sprong and Jaden Schwartz scored second-period goals for the hosts, who outshot the Flames 35-25. Andrew Poturalski added an empty-netter with 54 seconds left in the third period.

After a scoreless first period, Sprong opened the scoring at 12:30 of the middle frame, then Schwartz doubled the lead at 17:01 with his team short-handed.

Philipp Grubauer and Magnus Hellberg shared the shutout for Seattle. Dan Vladar played the entire game in goal for Calgary.

The Kraken will try to keep things rolling when they play a home-and-home pre-season series against the Vancouver Canucks. The first game is Thursday in Vancouver and the second game is Saturday back at Climate Pledge Arena.

The Flames have a home-and-home set with the Oilers, with the first game Wednesday in Calgary and the second game Friday in the Alberta capital.