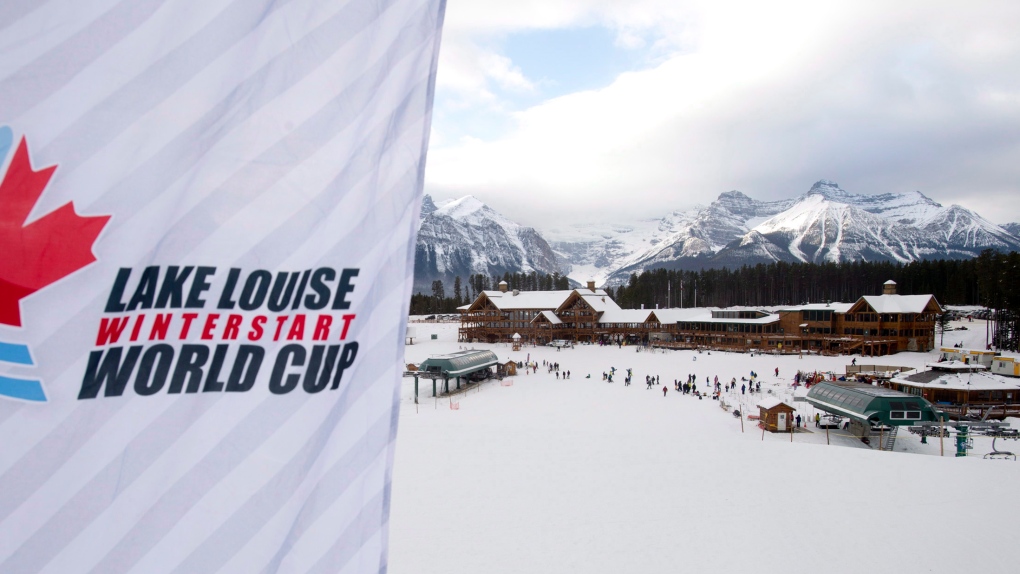 The lodge at Lake Louise ski resort is seen after the second training run of the Men's Downhill in Lake Louise, Alta. was cancelled due to a power problem resulting in the limited use of chairlifts on Thursday, Nov. 28, 2013. THE CANADIAN PRESS/Jonathan Hayward
LAKE LOUISE -

The Alberta ski resort west of Calgary in Banff National Park has been a regular stop on the international World Cup alpine ski racing circuit for over 30 years. The men and women have traditionally opened their downhill seasons there in late fall.

The introduction of women's World Cup giant slalom races in Mont-Tremblant, Que., in 2023 to 2025, and falling on the same weekend as the women's downhills in Alberta, means Canada likely won't host a women's downhill at least for the next few years.

Alpine Canada wants to keep a men's speed event in Western Canada on its traditional final weekend in November, followed by the women's GS event in Mont-Tremblant the first weekend in December.

FIS is expected to finalize the 2023-24 calendar by February, she said.

Lake Louise could remain Canada's venue for men's downhills in the future, but not without alterations to its logistical and financial operations, she said.

"We have to change the way we operate if we're going to be successful," Brisson said. "This was a great event and this is a great community with support from the resort and the hotel.

"There are challenges to the operating model. Big challenges. Challenges that if we don't get on top of, I have to bring the (ski) team home in January, and we just can't do that right?"

Operating within footprint limitations set by Parks Canada, plus the resort's isolation requiring the race workforce and fans to travel there from outside the park, are among the issues.

Races don't draw more than a couple hundred fans to the finish area and many of them are recreational skiers taking a break from runs.

"The lack of a local volunteer base is a significant problem, a half-a-million dollar problem," Brisson explained. "We deliver the construction of the course, so the net crew and the building of the course is another almost half a million dollars. The cost to blow snow here at this resort is $400,000.

"Then you add on the cost of inflation we've had and unfavourable currency impact on international advertising and broadcast revenue, it becomes a challenge."

The former Canadian Olympic women's hockey team defender compared the situation to renting a rink, but also having to buy an ice resurfacing machine and pay someone to install ice.

The Canadian women's ski team currently has more women contending in the tech events of slalom and giant slalom than downhill and super-G, although Marie-Michele Gagnon of Lac-Etchemin, Que., posted a career-best eighth in what might have been the last women's World Cup race Sunday in Lake Louise.

"It's for sure sad to lose a race here, but we're gaining some races in Mont-Tremblant and that's a big plus," Gagnon said.

"I think we're going to have a huge fan base in Mont-Tremblant in Quebec. You see this crowd here, it's such a nice place to come to, but it's hard to get to and there's nobody. There's nobody that comes here.

"Hopefully we can find a solution to give people the love of ski racing in a different way."

Brisson feels there is willingness to make Lake Louise continue to work as a World Cup stop.

"I'm optimistic we'll be able to land on the business transformation and changes that need to happen," she said. "All the stakeholders, I'm pleased to say, want to have a race and are open to change and transformation, which is going to be required."

This report by The Canadian Press was first published Dec. 4, 2022.