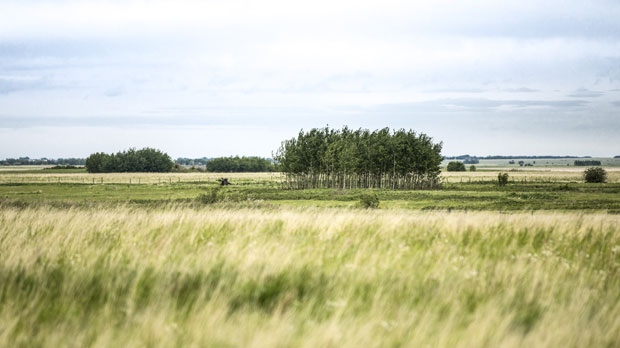 The Nature Conservancy of Canada announced the donation of a 593 hectare parcel of land southeast of Settler that will be known as the Ferrier Conservation Area. (Brent Calver)

To honour World Wetlands Day, a Canadian conservation agency has been given a section of land east of Big Valley to be preserved as a wetland and shoreline habitat for wildlife.

On Friday, the Nature Conservancy of Canada (NCC) announced that a 593 hectare parcel of land, on the northwest shore of Gough Lake, has been donated for use as a conservation area.

Known as the Ferrier property, the NCC says the area is essential for deer, small mammals, grassland birds, shorebirds and waterfowl that live and migrate through the region.

The agency says that a number of species that are considered to be at risk have been found in the area, including the Baird’s sparrow and Sprague’s pipit.

The NCC says that wetlands are valuable as shorebird nesting and staging habitat for waterfowl but they are rapidly disappearing in Alberta. According to research, 64 percent of slough and marsh wetlands have disappeared in settled areas of the province.

The property is named after the Ferrier family, who owned the land since 1904 when immigrated to Canada from Scotland. Agnes Isabelle (Nancy) Ferrier left the site to the NCC in her will.

The Ferrier property is one of four new wetland conservation projects announced on Friday. The others are in Spring Creek, SK, Ile de Grace near Sorel, Quebec and in Lobster Bay, N.S.