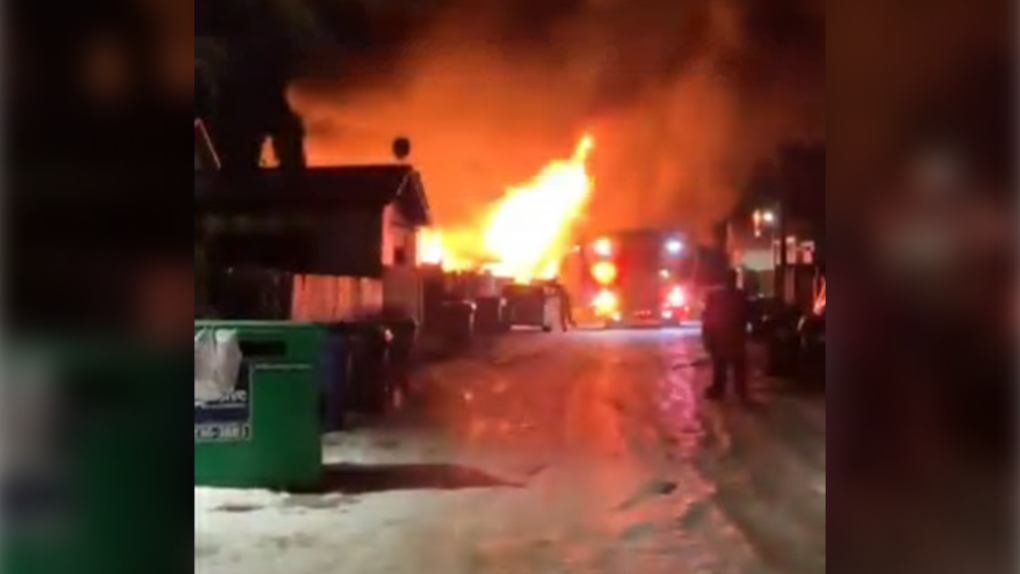 CALGARY -- A fire in the northeast neighbourhood of Temple reduced a detached garage to a charred frame and damaged three vehicles including a boat.

Emergency crews responded to a home in the 6800 block of Temple Drive N.E. shortly before 11 p.m. Tuesday following reports of a fire.

Firefighters encountered a double detached garage fully engulfed in flames. After ensuring no one was in the garage, efforts were made to protect the home on the property.

The cause of the fire is under investigation. Anyone who witnessed the fire or took photos of the scene is asked to email the Calgary Fire Department.