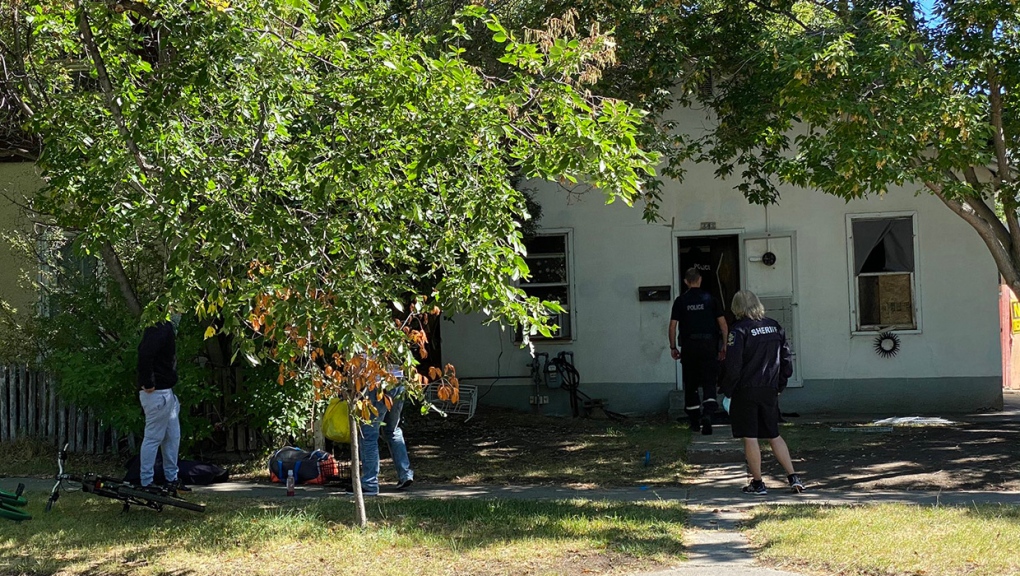 CALGARY -- Alberta Sheriffs have fenced off a problem house in Lethbridge following an investigation that began in the fall of 2019.

As of noon Wednesday, the home at 341 20th Street North has had fence erected around the property, the locks have been changed and the windows and doors boarded over.

"There were seven community members and I’m sure there are more that haven’t complained about this property yet just, number one, because they’re fearful but they know the impact of what this is doing in the community," said Insp. Mike Letourneau of Alberta Sheriffs.

According to Alberta Justice, police have executed three search warrants at the home since October 2019 resulting in the seizure of drugs — including fentanyl and methamphetamine — and stolen tools, bicycles and a pontoon boat.

"It’s been nonstop at any time of the day, bikes coming and going from this property," said Cst. Ryan Darroch of the Lethbridge Police Service. "We’ve had many community members getting involved and coming here and actually recovering bikes that were stolen off their own property which has led to a long list of complaints to us which we’ve worked diligently on."

"Drug houses continue to be a scourge in our communities," said Minister of Justice and Solicitor General Kaycee Madu. "All law-abiding Albertans deserve to feel safe in their own homes, and that is why our government will ensure law enforcement has the tools to protect our communities from drug activity and associated violence. I commend the Alberta Sheriffs and Lethbridge police for working together on behalf of the law-abiding residents of Lethbridge."

The court order prevents anyone from entering the home until Dec. 9, 2020.

An alleged drug house is currently being shutdown by @LethbridgeCST and @lethpolice following complaints from #SCAN #yql #Lethbridge pic.twitter.com/54JoqYtJmt