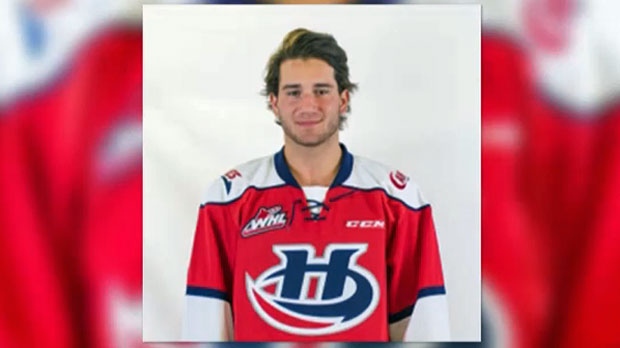 Ryan Vandervlis' family says he has been discharged from hospital after he spent the summer recovering from a campfire accident.

A Lethbridge Hurricanes hockey player who was severely burned in a campfire explosion in mid-June has been released from hospital.

Ryan Vandervlis suffered burns to 50 to 60 percent of his body when a fire exploded in a backyard firepit at the home of another player on June 15.

Vandervlis was put into a medically induced coma in hospital and he remained in that state for four weeks before being transferred to the Burn Unit at Foothills Hospital in Calgary.

His family says that he has undergone six surgeries since then and will continue with physiotherapy on an out-patient basis for the next four to six weeks.

His family issued the following statement thanking everyone for their continued support:

Barb and I are extremely grateful for the tremendous support that our family has received over the last 3 months. The number of texts, emails, cards, well-wishes, visits, prayers, financial donations and meals has been overwhelming and humbling at the same time.  Ryan still has a long way to go as he works toward a full recovery, but the road ahead is easier to navigate knowing that he has a community of support behind him.

Bellerive, who suffered burn to his chest in the accident, says the good news is unbelievable.

"I’ve been waiting all summer for this. Like you said, he’s my best friend and to have him in hospital and not able to contact him it’s exciting for me to know he’s coming up and hopefully I’ll be able to see him pretty consistently pretty soon here and that means the world to me."

Head coach Brent Kisio says it's great that Vandervlis has been given such a good prognosis from doctors.

"He was such a good player for us last year but he’s also such a great person. He’s a family person, raised by great parents. To see where he’s coming from and the prognosis on where he’s gotten to know is exciting and we’ll see where he gets to."

The Hurricanes begin their pre-season on Friday night where they host the Medicine Hat Tigers.