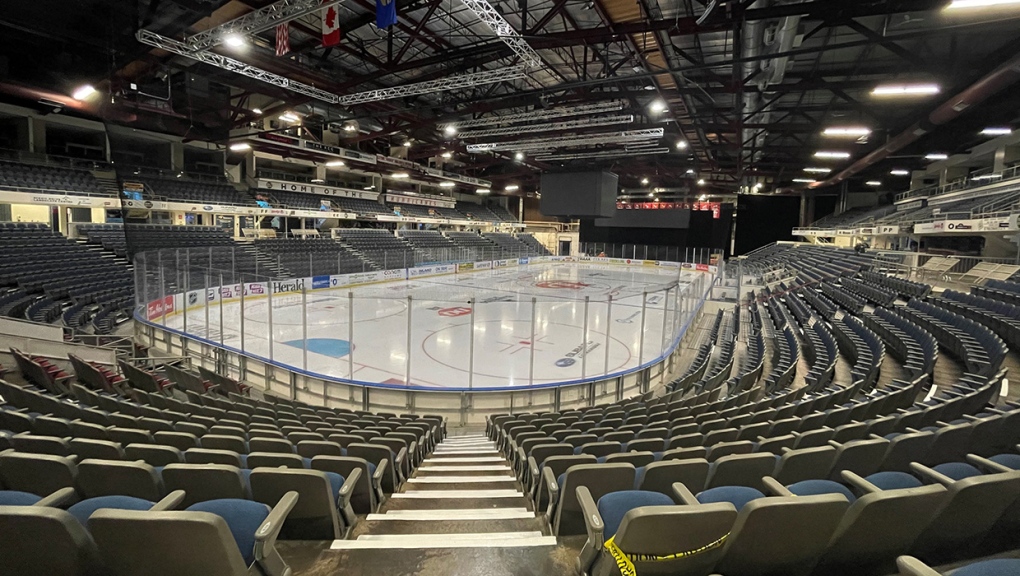 The Lethbridge Hurricanes last played a game at the ENMAX Centre in March 2020. The WHL is waiting approval from local governments to begin an abbreviated 24-game season.

LETHBRIDGE -- It’s been ten months since the Lethbridge Hurricanes season was abruptly iced. Now the team is taking proactive measures ahead of an abbreviated season that's expected to result in a significant financial burden.

The stoppage of play in March 2020, as a result of the global COVID-19 pandemic, saw the cancellation of the team's final five games of the regular season and playoff run.

At their annual general meeting held Tuesday, the club said they’ve had to take measures to avoid bleeding money, including reducing staff wages and expenses,  For the 2019-2020 season they managed to almost break even with a deficit of only $1,030.

“In a year where you had every reason to make the excuse to show some poor numbers for this group to break even we’re pretty proud of those numbers,” said Doug Paisley, president of the Hurricanes board.

This coming season is expected to be much tougher on the team's books.

The Western Hockey League said the 24-game season will likely proceed without fans. The club is preparing to face a $1.3 million loss but there are still several factors up in the air.

“We waited as long as we possibly could to set a budget," explained Terry Huisman, general manager of business operations.. "Are we going to have fans in the building at some point? What sort of things will we have in regards to WHL TV, or the webcasting that’s available? Or, what assets do we have to sell? Obviously, it’s going to be a tough year for us."

The team is looking at a number of financial relief options including long-term payback loans. They’re also hopeful the city and provincial government will step in to help.

The Government of Saskatchewan recently announced $4 million to help out its five WHL franchises as well as the Saskatchewan Junior Hockey League.

The WHL has yet to announce a start date for the shortened season the but Hurricanes officials say they do have a 28-day return-to-play, action plan at the ready for when they’re given the green light. The plan includes a seven-day at home quarantine, two travel days, another seven-day quarantine upon arrival in Lethbridge, four days of working in small groups and then a week on the ice as a team.

They'll also be running with a smaller roster of 21 or 22 players this year in an attempt to save money. General manager Peter Anholt said it’s something he’ll likely lose sleep over but he knows it’s the right decision.

"For every player you have in here there’s a major cost. So we’re trying to balance that and roll the dice a little bit. In any game, we may have to play with a short lineup and that’s just the way it is."

Although the organization expects to lose money, Anholt said it’s important to return to the ice as soon as possible. "This season it's all about development for our players and development alone. There's really no other reason to play and I think we really need to emphasize that."

The Hurricanes will be without European imports Danila Palivko and Oliver Okuliar as the club isn’t going to bring them to Canada for the shortened season, and 19-year-old Dylan Cozens will also be absent as he’s staying with the Buffalo Sabres organization.

The WHL says there will be playoffs at the conclusion of the regular season but the structure hasn’t been established. Anholt says it's likely there will just be divisional winners. Once play resumes, games will only take place on weekends, meaning the season could extend into June.