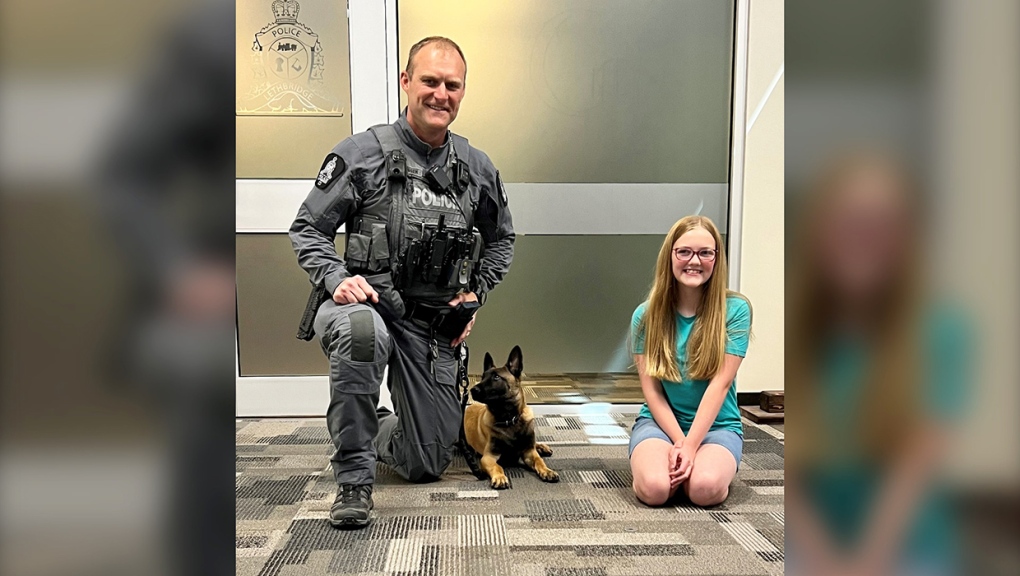 Training Bridge will feature learning skills like obedience, agility, tracking and searching for evidence. Bridge will also be tested to make sure he has a temperament fit for policing.
LETHBRIDGE, Alta. -

The Lethbridge police department's K9 unit announced that after extensive consultation with over 700 Lethbridge youth, they have selected the name of their newest member.

“We were overwhelmed by the response we received and we want to thank everyone who submitted a suggestion. There were some great names and it was a tough choice,” said Cst. Braylon Hyggen, who is currently training the four-month old Belgian Malinois puppy.

The name Bridge was chosen, the department explained in a release issued Wednesday, because it's "not only a tribute to the city's most iconic landmark but also because it's a "symbol of strength and connectivity with the community."

The name was submitted by 13-year-old Kassie Hotton, who met Bridge and received a Malinois plush and a tour of the police station.

Bridge is the first puppy that the LPS has trained and tested entirely in-house. Past K9 Unit dogs receive around 15 months to two years' worth of training to determine if they're suited to policing.

Training Bridge will feature learning skills like obedience, agility, tracking and searching for evidence. Bridge will also be tested to make sure he has a temperament fit for policing.

He's expected to be ready to hit the streets with his handler some time in 2024.

Ten months after launch, NASA's asteroid-deflecting DART spacecraft neared a planned impact with its target on Monday in a test of the world's first planetary defence system, designed to prevent a doomsday collision with Earth.