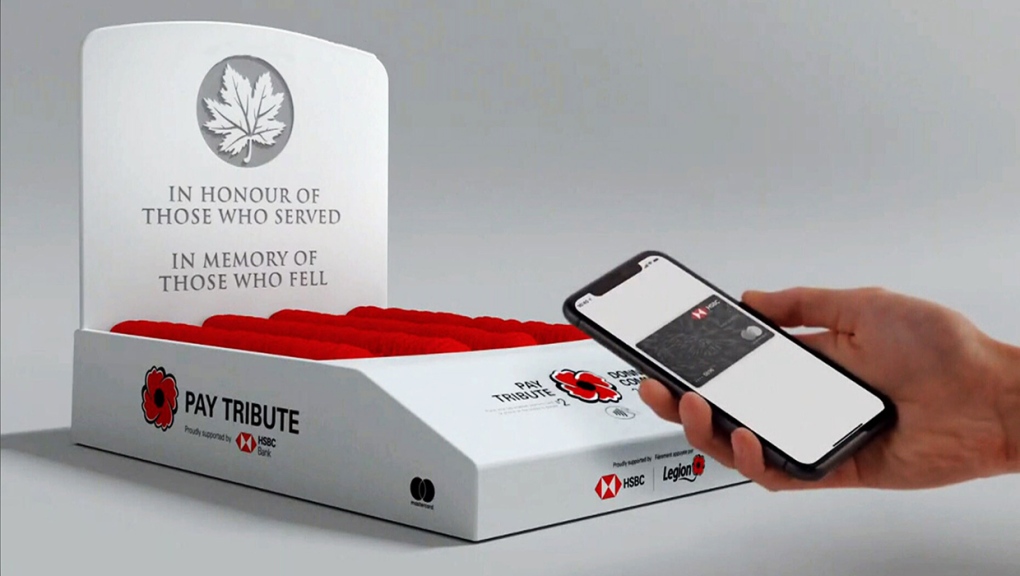 The pandemic is forcing the Lethbridge Legion to change the way people buy poppies, as it seeks to raise $90,000

LETHBRIDGE, ALTA. -- COVID-19 is changing the way poppies are being sold across the country.  With the Royal Canadian Legion kicking off their poppy campaign, Friday, they had to find a way to bring people together in a time where people are encouraged to be apart.

Warrant Officer Glen Miller told CTV news the aim is to ensure Canadians have access to poppies while meeting their fundraising goal. “Those funds are very important to us because it allows the poppy trust fund to carry out its mission and that is helping veterans and their families in need," he said.

The Royal Canadian Legion Branch #4 usually raises about $90,000. They’re hoping to match that this year.

There are new ways to donate this year including contact-less poppy boxes. If you tap your credit card you’ll make a two dollar donation. You can also donate on the Legion’s website or text “Poppy4LB” to 20222 on your phone.

COVID-19 is also forcing the legion to change its plans for Remembrance Day.  The annual ceremony at Exhibition Park has been cancelled. Instead, people are encouraged to virtually join the event at the Cenotaph or attend one of the two outdoor ceremonies at Mountain View Cemetery or Henderson Lake. Social distancing rules will be in effect.

For the first time, the legion will also keep their doors closed. It’s the right decision said legion president Michael Cormican. “It’s just too big of a risk and we would all feel so, so guilty if anyone passed away as a result of it or ended up very sick in hospital.”

The legion is also asking residents to support veterans in other ways this year.  Miller said a lot of them are living in care homes and have been essentially cut off from loved ones during COVID-19. He’s asking people to drop off thank-you cards so they can be delivered directly to the veterans.

“It’s important for us to make sure, at the end of the day, a veteran has someone thinking about them especially during this time” said Miller.

Scouts Canada is also launching a new fundraiser to give back to veterans. Since they aren’t able to sell poppies this year they’re asking for donations to decorate the gravesites of Lethbridge military members.

At the cost of two dollars per site, they’ll cover rocks and sticks with poppies. They’re hoping to collect enough to decorate the 1500 gravesites at Mountain View Cemetery.

“It's very important to make sure these youth understand that the freedoms that they've got now come at a great cost to others and they’re understanding of that is very strong.” The scouts will be collecting donations on their GoFundMe page and decorating the sites on November 8.