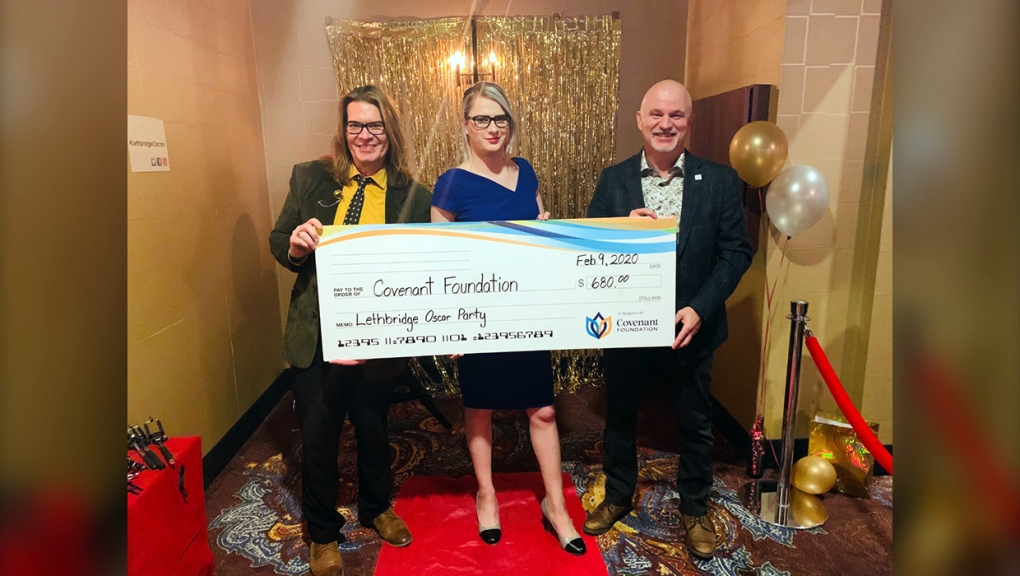 LETHBRIDGE -- In Hollywood, the lucky recipients were the creators of Parasite, a Korean-language thriller about inequality that stunned Tinseltown.  In Lethbridge, the lucky recipient was St. Michaels Health Centre, which reaped the benefits of Lethbridge's very own Oscar party Sunday night.

There might not have been any movie stars to walk on it, but thanks to a few local heroes, the red carpet wasn’t reserved exclusively for Hollywood during the Academy Awards, either. That's because Pure Casino Lethbridge hosted its 7th annual Oscar Sunday viewing party,  a glam-filled night full of prizes, games, dinner, drinks named after nominated movies and their own red carpet to pose on.

“I’ve always been an Oscars fan," he said, adding that he's attended all sorts of Oscars events for 25 years, which led him to an idea, seven years ago.

"We never really had much of this (Oscar party stuff) going on in the city and I thought there’s a niche market for it," he said.

"I thought wel,l let’s try this in Lethbridge -- and make a special occasion.

"Everyone loves to dress up this time of year, it looks like," added Hausauer.

Tickets for Sunday's soiree almost completely sold out and Hausauer is already busy  planning for next year’s Oscar Party. But the award show didn’t steal the entire spotlight at the party, because  the event has also become a fundraiser.

Contributing to a great cause

Half of the ticket sales made from the Oscar Party went towards supporting the Covenant Health Foundation and its facilities. Site Administrator at St. Michael’s Health Centre Ryan Wiest said it was his first time ever watching the Oscars and he’s glad he got to be with a great group of people that contributed to a great cause.

"We’re really well-known for a complex mental health unit and we are also known for our palliative care program," said Wiest. "But actually it’s (also very much about) just how many programs that we provide at St. Michael’s -- there’s nine total -- so it’s pretty exciting to be part of that. "