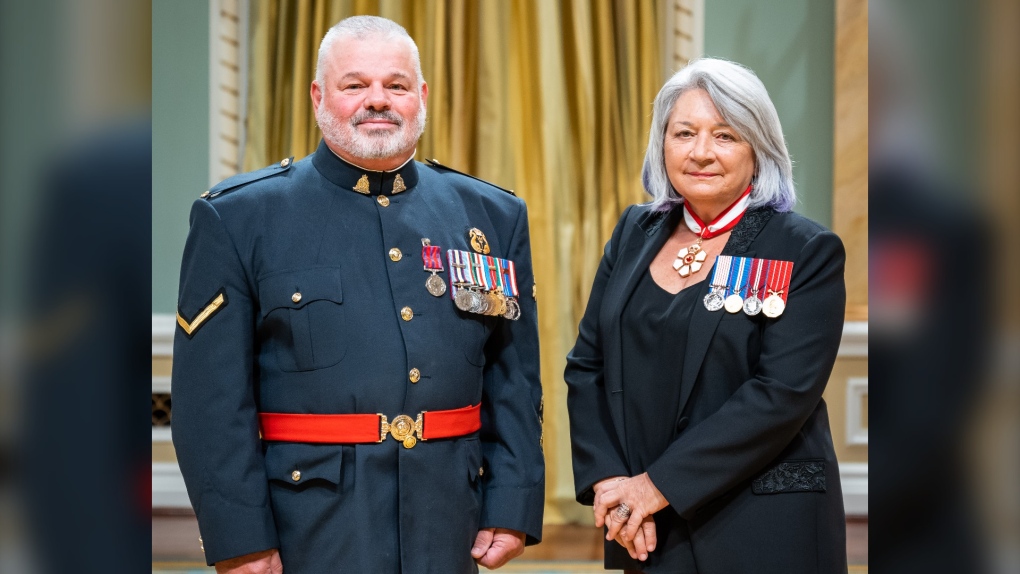 Const. Marco Pagliericci of the Lethbridge Police Service is the first member of that force to receive the Medal of Bravery. (Supplied)
LETHBRIDGE, Alta. -

A Lethbridge police officer has been awarded one of the highest honors in Canada for his efforts in rescuing several people from their burning home.

Const. Marco Pagliericci has been awarded the Medal of Bravery for his actions during a 2017 house fire.

On April 8, 2017, Pagliericci attended the scene of a fire at the Bridge Villa Estates Trailer Park located in the north of Lethbridge. Upon arrival, he found a house engulfed in flames and, after banging on the door, directed an elderly woman to leave.

"(He) then entered the home and found an elderly man with a disability lying on the couch. He led the man outside as flames and thick smoke engulfed the unit. The constable then turned his attention to evacuating other tenants from the neighbouring homes and keeping the site secure until firefighters arrived," LPS said in a release.

Officials say this is the first time in the 120-year history of the force that an officer has been given such an honour.

According to the website of the Governor General of Canada, the Medal of Bravery “recognizes acts of bravery in hazardous circumstances.”

Right Hon. Mary Simon gave the award to Pagliericci at a recent ceremony in Ottawa.

This is not the first time Pagliericci was awarded a medal – he is a decorated war veteran of 23 years.