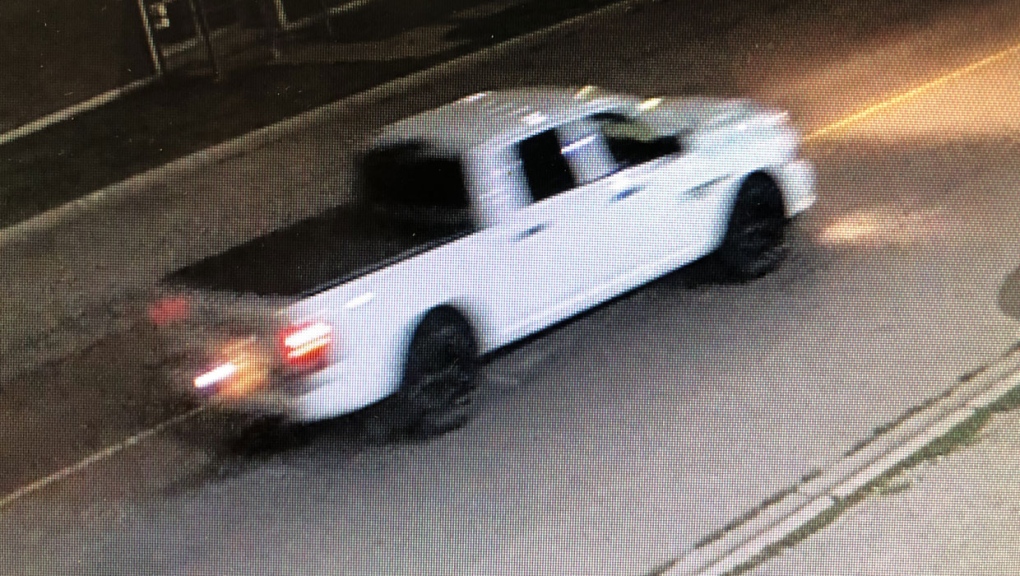 Investigators in Lethbridge are looking for information about this vehicle in connection with a drive-by shooting with a paintball gun at the city's supervised consumption site.

Lethbridge police are looking for information after paintballs were fired out of a moving vehicle at a number of people outside the community's supervised consumption site.

Officials say a white Dodge truck drove past the facility, in the 1000 block of 1 Avenue S., at just after midnight on Saturday.

Multiple shots were fired from a paintball gun that struck a number of the people.

No one was hurt as a result, but police are seeking to identify the driver and possible occupants of the vehicle.

It is described as a white, newer model, possibly 2017 or 2018 Dodge quad cab with a hard top box cover.

The vehicle also had black rims and a stock 'RAM' emblem on the tailgate.