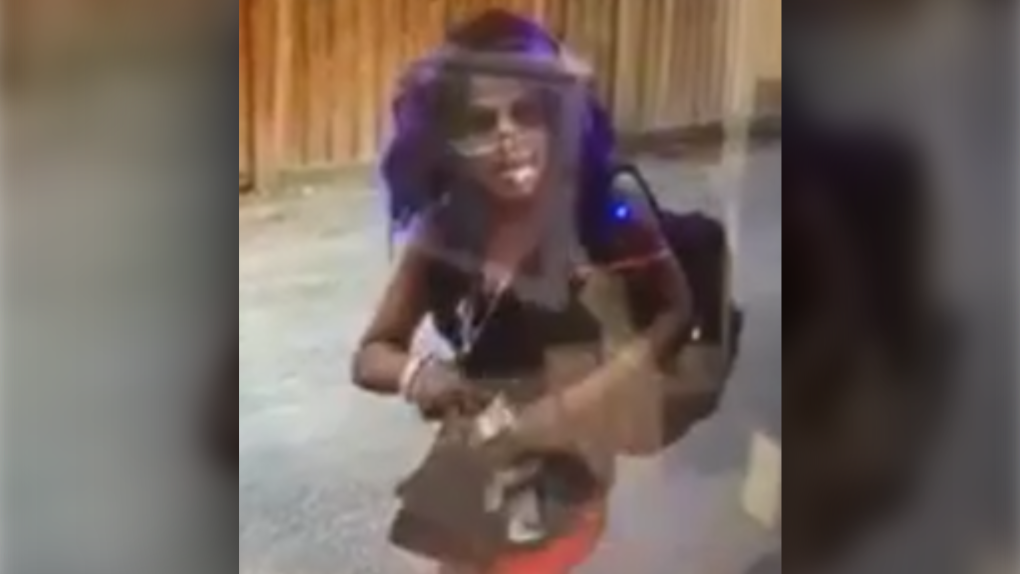 The Lethbridge Police Service is attempting to identify a woman who allegedly punched a driver on Sept. 13. (LPS)

The Lethbridge Police Service is asking for help from the public as officers attempt to identify a woman who allegedly approached a vehicle and punched the driver in the face.

Officials say a driver was stopped near the intersection of Seventh Avenue and Eighth Street on the afternoon of Sept. 13 when a female pedestrian walked up to the vehicle and punched the woman behind the wheel.

The alleged offender said nothing to the driver before walking away.

Investigators have secured surveillance footage from the area and have released a photo of the suspect.

Anyone who recognizes the woman in the footage is asked to contact the LPS at 403-328-4444 or anonymous tips may be submitted to Crime Stoppers.