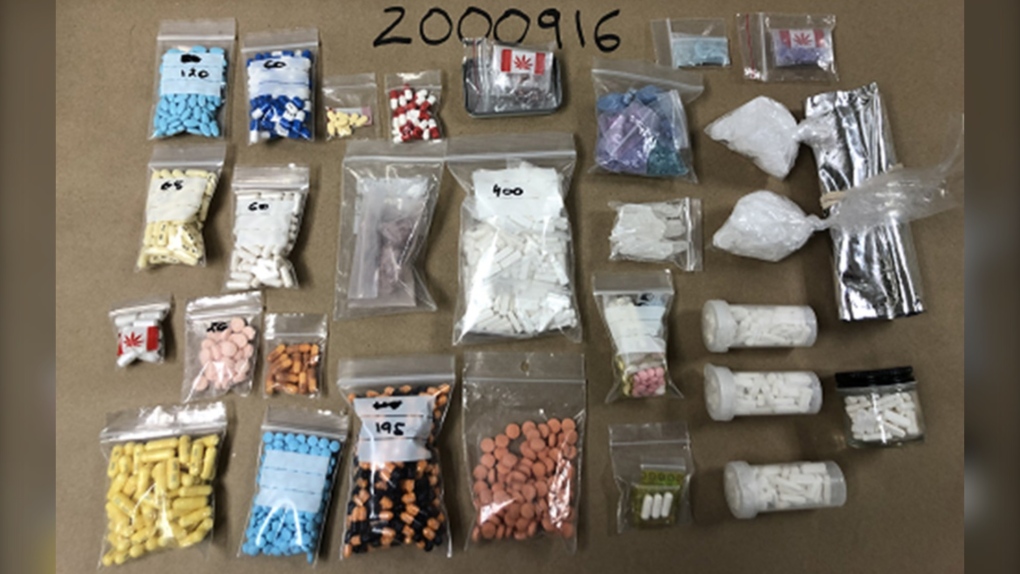 Drugs seized during the apprehension of a break-in suspect on Jan. 11, 2020 on Lethbridge's north side (LPS)

LETHBRIDGE -- An early Saturday morning investigation into attempted break-ins at homes on the north side of Lethbridge led to the arrest of a Calgary man and the seizure of a sizable amount of drugs.

Lethbridge Police Service members responded to the 600 block of 12B Street N. shortly before 1 a.m. following reports two people had attempted to gain access to two homes. The pair was spotted trying to make their way into Saints Peter and Paul Catholic Church and officers intervened.

LPS officials say the female suspect was cooperative with police but her male counterpart gave a fake name. The female was released without charge.

The 23-year-old man was arrested for obstruction and the subsequent search unearthed a large quantity of drugs and weapons including:

As a result of the investigation, Alexander Timothy Kulach, 23, of Calgary faces numerous charges including:

Kulach remains in custody ahead of his scheduled court appearance on Thursday, Jan. 16.