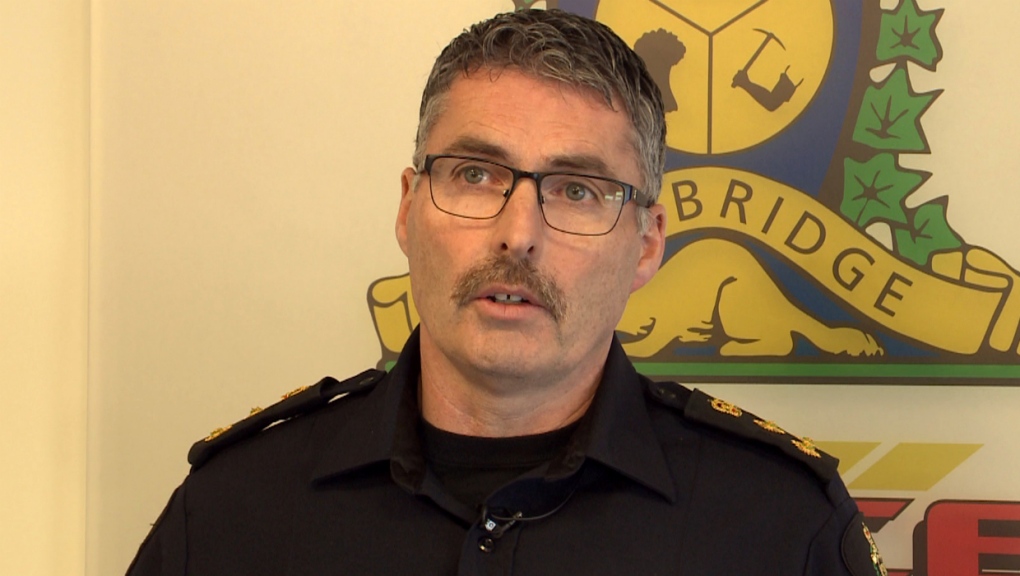 LETHBRIDGE — Maclean’s annual crime ranking shows the national crime rate is creeping up, and the situation is getting worse in many Western Canadian communities, including Lethbridge.

“Obviously some of the statistics are concerning to us,” said acting Lethbridge police chief Scott Woods. “We know that we’ve had some issues in our community.”

The news magazine uses data from Statistics Canada to rank Canadian cities by their Crime Severity Index (CSI), which measures all police-reported crime and “takes into consideration both the volume and seriousness of offences.”

If you take into consideration all crimes, Lethbridge ranks 15th and has moved up from last year’s ranking of 19th.

Woods said the drug crisis contributes to a number of spinoff crimes, which fall into the reported categories, and may explain the increase, especially in the Prairies.

“We definitely have a methamphetamine problem in Lethbridge, that I would suggest has surpassed the opioid crisis, to be frank,” he said.

Woods said as a result, police are seeing a lot of erratic, irrational and violent behavior that is driving some of the recent violent crimes in Lethbridge.

On Nov. 14, a man tried to rob two pharmacies in Lethbridge. On Nov. 11, a taxi driver was assaulted and robbed at knifepoint. In an unrelated incident earlier that same morning, a man robbed the Flamingo bar in north Lethbridge, after threatening staff with a knife.

In the violent crime category, Lethbridge has gone from 39th to 34th.

Woods said the Lethbridge Police Service is developing a strategy to keep moving forward on some of the areas that are concerning to the public, including the violence and increase in break and enters, thefts from automobiles and frauds involving stolen bank cards.

Woods said the report gives the city “a bit of a black eye,” and overshadows the fact there are many good people, and good things happening in the city. But he said it also shows the city and police still have work to do on some of the issues facing the community.

The full report can be found on the Maclean's website.