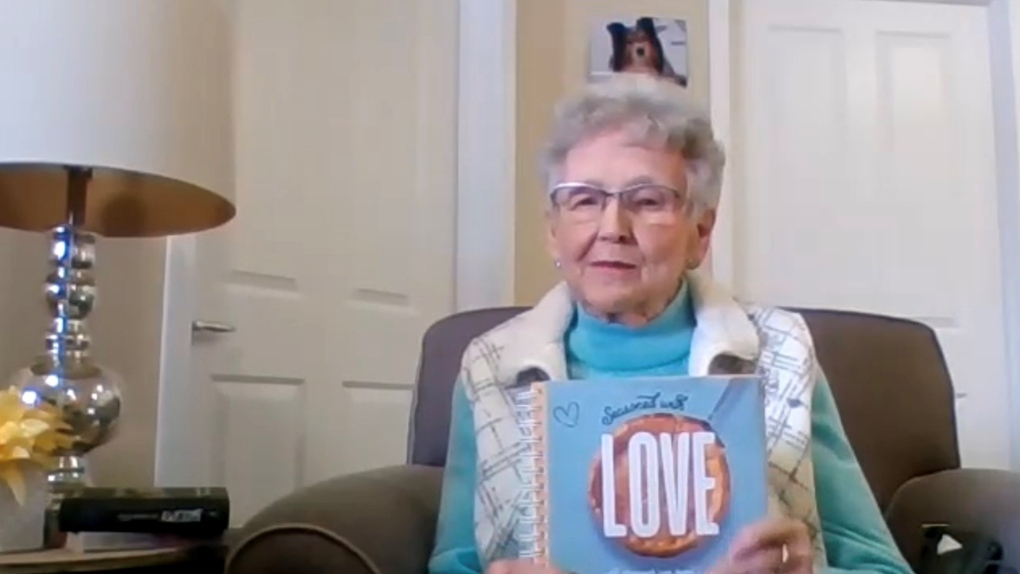 Pat VanTetering's rum cake is featured in this year’s edition of edition of the Seasoned with Love cookbook.
LETHBRIDGE -

“There’s nothing like mom’s cooking” is a common saying, and now Seasons Retirement Communities will help preserve mom’s treasured recipes to share with the next generation.

In its second edition, Seasoned with Love is set to launch in time for the holiday season.

“It’s an honour,” said Pat VanTetering, whose rum cake is featured in this year’s book.

“It’s like letting the whole family know that their favourite recipe is in print.

“I lived on a farm for a long time and it was one of the favourite cake recipes that I took to the fellows working and combining or whatever. They loved the rum cake because it had no icing.”

Seasons Retirement Communities staff say the cookbook is helping to spark the holiday spirit in both residents and the general public.

“The residents really enjoy being able to connect with the community and share their traditions and their families are really excited to see the book and see their family recipe in print,” Lovegren said.

Hundreds of recipes were submitted and only a handful were able to be published, but Lovegren says that has not stopped residents from sharing with each other.

“Some of them that didn't make (it into) the book, our dining services manager incorporated into our monthly menu, so they were featured on an evening here in the dining room with the residents, so that was quite exciting for them,” Lovegren said.

“It’s a chance to share their traditions with the community.”

Along with the new cookbook, Seasons Retirement Communities started a food drive, which runs until Dec. 14, to raise donations for the Kainai Food Bank as a way to give back to the community.

“With the insecurity of food these days, it is troubling for them to see so many people and families struggle, so it helps them be connected to their community in a way,” Lovegren said.

To date, more than $222,000 has been donated to food banks across the country through Seasons Retirement Communities.

Lovegren says funds from this year's local cookbook sales will go toward the Kainai Food Bank.

The new cookbook will be available later this week at the Seasons Lethbridge Gardens Retirement Community.