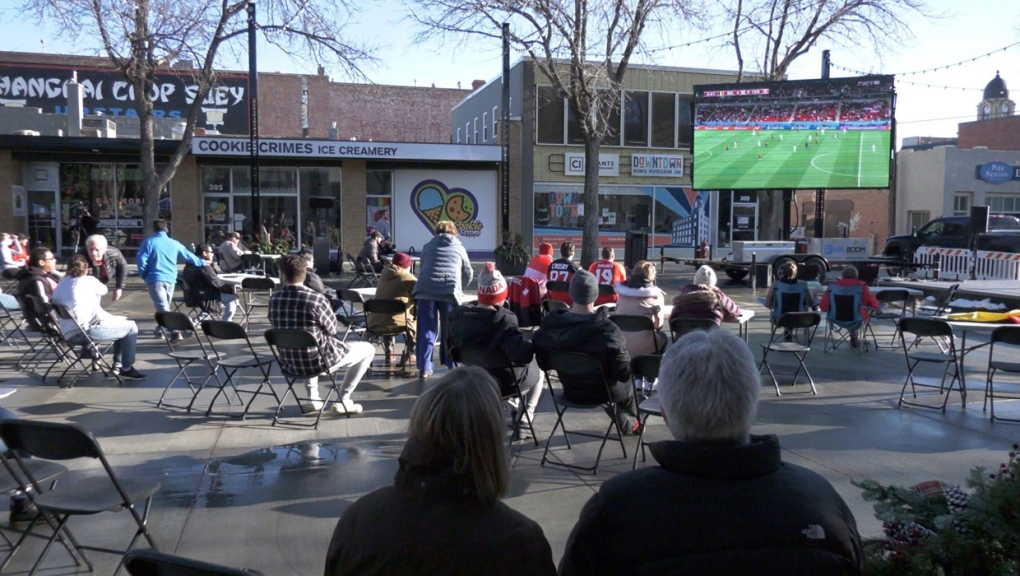 There was an outdoor watch party to see Team Canada take on Belgium in its first World Cup foray in 36 years. Unfortunately, Canada lost 1-0.

Canada's national soccer team made its return to the FIFA World Cup on Wednesday after their last and only appearance in 1986.

The Lethbridge Downtown BRZ wanted to give fans a place to watch the match.

They hosted at free watch party at Festival Square with a large screen playing the game along with free pizza for those in attendance.

"I mean, it's Canada's first World Cup in over 36 years so we knew we had to offer a place for people in Canada and Lethbridge, the soccer community in Lethbridge to gather and watch the game together," said BRZ operations coordinator David Velazquez.

Dozens came to the square to watch what was ultimately a 1-0 loss for Canada.

Despite the negative result, Velazquez was happy to see how many people came out to support the team on a chilly day.

"We got pretty lucky with the weather today, I can't complain. The sun's out. But, yeah, it's nice to see people come rolling in. But no matter how many people come we just want to be ready for them and have the space," said Velazquez. 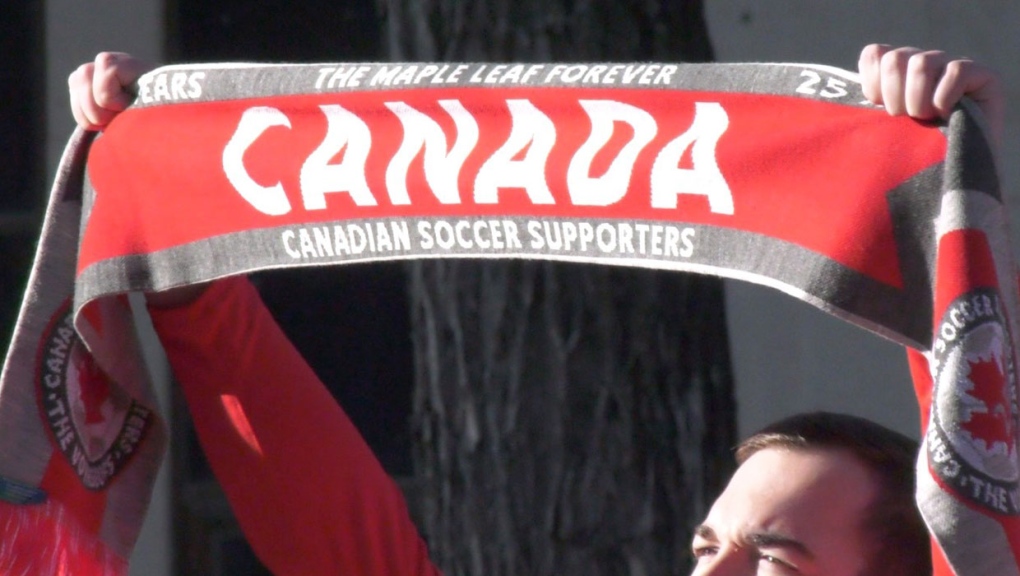 The event wasn't the only watch party in Lethbridge today.

The nearby Telegraph Tap House held its own event for fans wanting to watch the match.

The World Cup typically provides a boost to business, but with Canada being in the tournament this year, it's expected to be an even bigger boost.

"There are people with our staff who aren't really into football or soccer but now they really are, especially with Canada being in the games this time."

The start time of matches has caused some headaches for the Telegraph.

The bar is still waiting to hear when it can actually serve alcohol on days with early matches.

"It all depends on (Alberta Gaming, Liquor and Cannabis) and what they say for us so I'm not 100 per cent sure on what we'll be doing yet. It's just kind of waiting for the games to play out. See how far Canada goes especially," said Carson.

Both the BRZ and Telegraph Tap House will continue to host watch parties for Canada's matches through the group stage.

Canada's next match will be against Croatia this Sunday at 9 a.m.