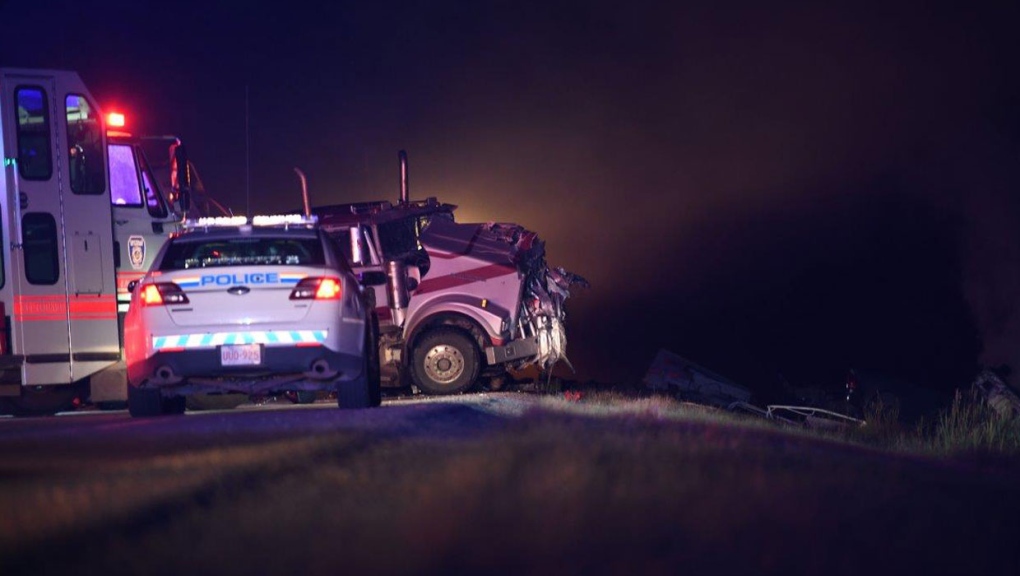 RCMP say a 42-year-old Lethbridge woman has died in a crash on Highway 40 early Saturday.

A woman from the City of Lethbridge has died after an early morning crash on Highway 40 near Grande Prairie.

Mounties say the crash took place on the highway near Township Road 692 at about 1 a.m. on Saturday.

An initial investigation shows a pickup truck was northbound when it collided with a southbound semi tractor-trailer.

The driver of the pickup, a 42-year-old woman from Lethbridge, was pronounced dead at the scene.

The other driver, a 32-year-old man from Grande Prairie, was taken to the Queen Elizabeth II Hospital by STARS Air Ambulance.

He is in life-threatening condition.

Highway 40 was shut down for most of the day following the crash and only reopened at about 6 p.m.

Police are continuing to investigate the cause of the crash.

The identity of the victim is not being released.