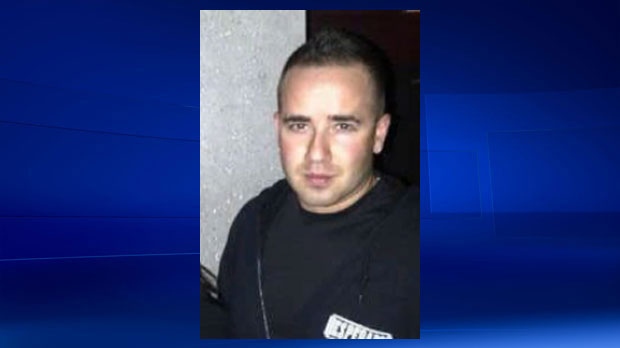 Kristopher Guenther was sentenced to life in prison on April 28, 2015.

A Calgary judge has sentenced Kristopher Guenther to life in prison for killing his former girlfriend Lacey Jones-McKnight.

Jones-McKnight’s body was found in Guenther’s vehicle, which was parked along Country Hills Boulevard, in October 2012.

Guenther claimed he accidently choked Jones-McKnight during a fight but the judge doubted his account of the events and he was convicted of first-degree murder at the end of March.

On Tuesday, Guenther was handed a life sentence with no chance of parole for 25 years.

Jones-McKnight's mother was in court for the sentencing and read a victim impact statement saying the loss of her daughter is devastating. After court she told reporters that she is glad it's finally over.

“Relieved to finally have this day done and over. And we can kind of transition into a new space now in remembering Lacey in the light and beauty of who she was, “ said Shelly Jones , Lacey’s mother. “From this day forward, only good memories of Lacey. Cherishing those memories and bringing her spirit forward in good times. No more thoughts about how she died it’s about celebrating how she lived.”

Guenther was given the chance to address the court but his lawyer read a statement on his behalf saying he was deeply sorry for his actions and he hoped he will be forgiven one day.