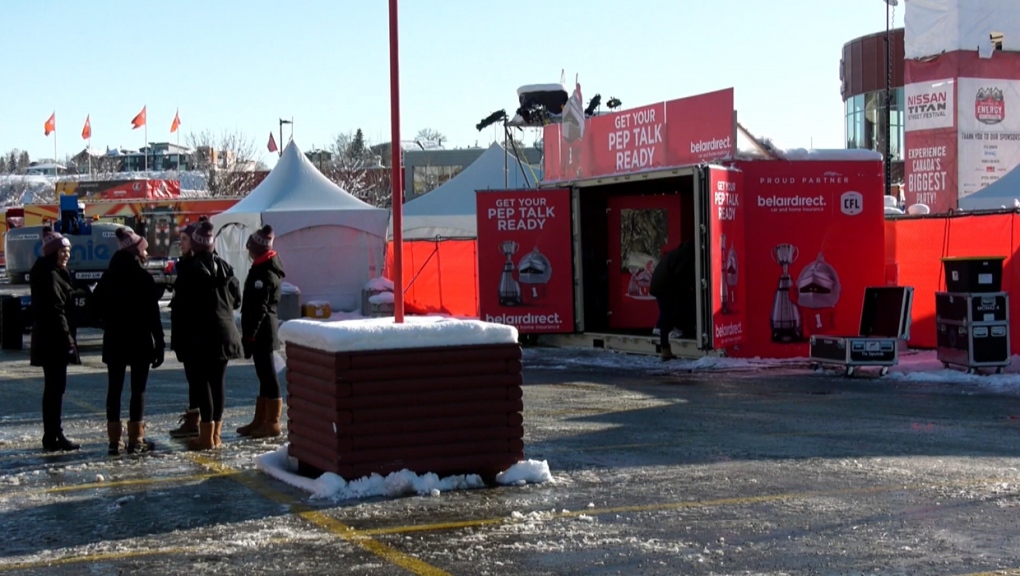 CALGARY –The City of Calgary is forecasting an economic benefit of $80 million dollars as an expected 30,000 new visitors will roll into town for the 2019 Grey Cup.

Tourism Calgary’s projection is a bit more modest at $50 million in economic impact and around 15,000 unique guests.

The actual numbers of course won’t be known until Grey Cup festivities wrap up, but University of Calgary economics professor Trevor Tombe suggests these figures represent an inappropriate measure of benefit.

'The economic benefit of sporting events is often a lot smaller than you might expect," said Tombe. "The $80 million figure really just tells us about total spending at the event which is not new incremental activity for the city as a whole.

"From the perspective of the aggregate of the city economy, it’s really much more about change in the composition of activity rather than increasing the total, which is not to say there’s no benefit, but the benefits are probably much more indirect and tangible."

Tourism Calgary stands by its forecast.

Ackroyd says the Grey Cup is considered the largest sporting event in Canada, employing more than 609 workers alone at Stampede Park and driving business for local restaurants and hotels.

The hope is that many local businesses will see a boost in a similar way some did 10 years ago when last hosted the Grey Cup.

Tombe says that may be the case again, but there are winners and losers. Even with an influx of visitors, he suggests it’s unlikely substantial amounts of revenue will be generated and increased prices at places like hotels or restraints might actually deter tourists from visiting Calgary.

"Some businesses in and around the stadium will likely see higher demand than they would otherwise see," said Tombe. "But restaurants further from the stadium, for example, will see slightly lower sales because people will be spending their disposable discretionary household budget on restaurants nearer to the stadium."

According to the CFL, last year’s Grey Cup festivities in Edmonton, came with an economic boost of just over $81 million with an overall attendance at Grey Cup events of 430,967 people.

The CFL says 30,841 visitors were from out of town and they spent a total of $29 million during their stay.