Basra says it's not because he was retired, but because a lot of other things got in the way.

"I had a few injuries, so I kind of stopped training as hard and let those injuries recover," the 34-year-old said.

"Then, when I was getting ready to train again, COVID hit and that kind of slowed everything down again. I got a good opportunity on Dec. 2 here to fight for the belt, so I took it."

Basra is referring to Unified MMA 47, where he'll climb back into the cage at the Genesis Centre.

He'll be facing Maged Hammo of Lethbridge in the main event.

On the line is the Unified Canadian Featherweight belt.

Basra is confident, but also knows he'll be in for a good fight.

"Maged, he's tough and he's gritty. You can't underestimate him. If you give him in inch, he'll take a mile," Basra said.

"That's what he's done in his last few wins. He's in there and it's super tight and if a guy eases off just a little bit, he'll finish him."

Basra is 5-0 as a pro and even though he hasn't fought in five years, he's still been training. 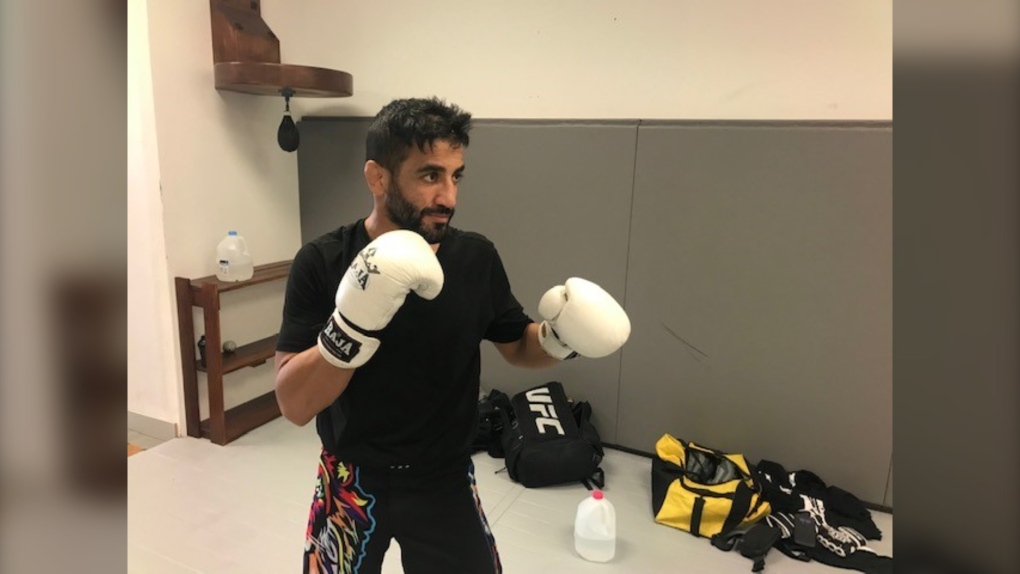 Justin Basra will climb back into the cage at the Genesis Centre.

Kieran Keddle is his striking coach, and he doesn't think the long layoff between fights will affect Basra.

"There might be what we call some ring rust. Of course there will be, but he's been training even through injuries the last five years and of course COVID delayed a few things, but he's still very sharp in there and he's sparring and getting the right training in," Keddle said.

"It might be a little bit of nerves, but I don't think it's going to bother him."

Ali Charkie is Basra's main training partner, and he doesn't think it will affect him either.

Charkie believes Basra's main advantage over Maged will be the style of fighting.

"I'd say we're more like a smothering grappler type of style," Charkie said.

"We'll come in and we'll throw bombs and we don't care to get taken down. We'll get back up to our feet and once we get on top of somebody, it's gong to be hard to get us off. We're like Gorilla Glue and either the bell is going to go and you get saved by the referee or we're going to elbow your head in and choke you out. It goes one way or the other."

This is a big fight for Basra. He says if he wins it's going to open a lot of doors for him.

"Fighting for this belt means a lot. The UFC is coming to Canada early this year and winning the belt puts my name on top of the list for getting the call up to compete in the UFC," he said.

More than five years since Canada’s Competition Bureau began an investigation into an alleged bread-price fixing scheme, no conclusions have been drawn nor charges laid. As the watchdog is now probing whether grocery stores are profiting from inflation, one expert says the effectiveness of its tools are in question.