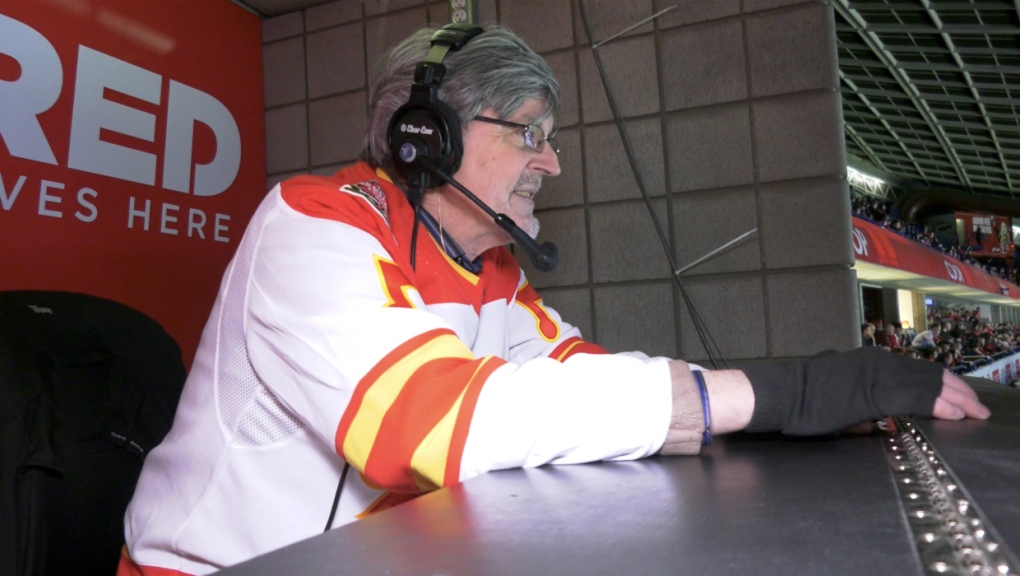 Willy Joosen's first year as the Flames organist was 1988-89, the year the Flames won the Stanley Cup

The organization extended its condolences on social media, saying, "For 34 years, organist Willy Joosen brought so much joy and happiness to everyone who came to #Flames games. He was an incredibly kind soul who uplifted everyone around him. Our deepest condolences go out to his family and friends. Rest in Peace, Willy."

For 34 years, organist Willy Joosen brought so much joy and happiness to everyone who came to #Flames games. He was an incredibly kind soul who uplifted everyone around him.

Our deepest condolences to out to his family and friends. Rest In Peace, Willy ❤️ pic.twitter.com/COWMcdpo1l

In a 2019 interview with CTV News, Joosen spoke to reporter Jordan Kanygin about his first night as the Flames' organist, on Oct. 17, 1988.

"That was (Wayne) Gretzky here as a Los Angeles King for the very first time and we pancaked them. It was 11-4," he recalled.

Joosen didn't have to manufacture his enthusiasm for the game. He was a passionate Flames' fan, who kept an audio recording of Peter Maher's call of the Stanley Cup winning game in 1989, which he played in the car over and over again.

"You gotta have heart in the game," he said to Kanygin. "It’s this roaring privilege to be like ‘Are you kidding? I get to sit here and watch that?’"

While the production of pro sports has evolved over the years to include a litany of recorded music, video, lights and special effects, the organ has been the soundtrack - and the backbeat - of the hockey arena and Joosen was Calgary's conductor for more than three decades.

"He’s kind of like a tradition and an institution," said Steve Edgar, the Flames’ manager of game presentation in that 2019 story.

"He’s been doing this for almost 32 years now and he just provides us with an element of our show that we can have a lot of fun with," he said.

Friday, Flames employee and Saddledome tour guide Rick Tulsie weighed in on Twitter about the passing of Joosen taking place only days after the memorial service for longtime trainer Bearcat Murray brought many members of that Stanely Cup winning Flames team back together to pay tribute in Okotoks.

"From his organ stool," Tulsie tweeted, "He would have seen most #Flames fans grow up."

With files from Jordan Kanygin

SO SAD. Rough go for @NHLFlames fans. 2 #Calgary #Saddledome legends passing away so close together. 1ST #BearcatMurray. & now #WillieJoosen passing away today. He played our organ on game days for 31 years. From his organ stool he would have seen most #Flames fans grown up. pic.twitter.com/d4Z4qMUjco

Kherson, located north of the Crimean Peninsula that was annexed by Moscow in 2014, was the first city to fall after Russia's invasion of Ukraine on Feb. 24. The port remains at the heart of the conflict and Ukraine's efforts to preserve its vital access to the sea. For Russia, Kherson is a key point along the land corridor from its border to the peninsula.