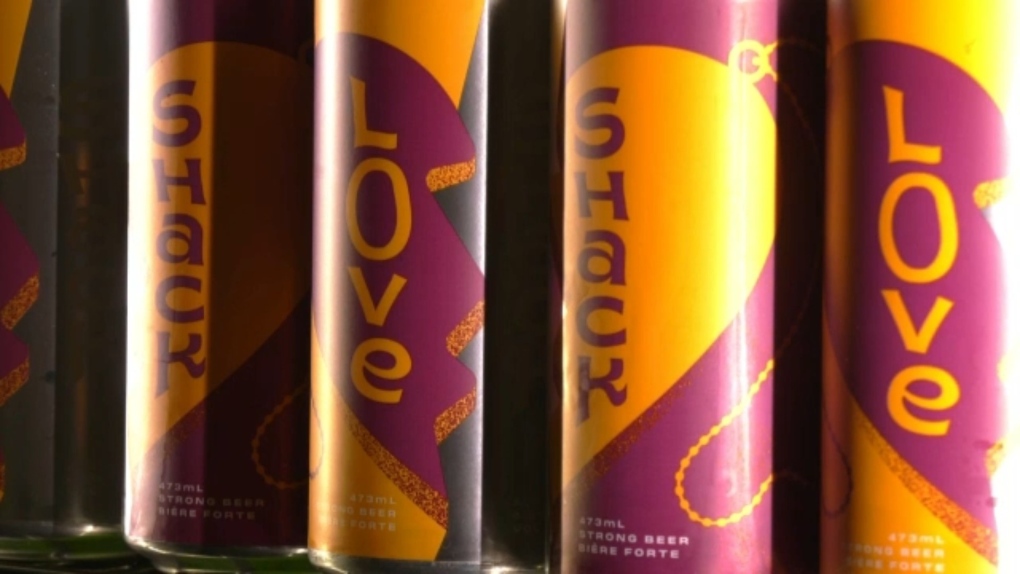 CALGARY -- Love is in the air this Valentine's Day and two Calgary breweries are proving that even craft beer can be struck by Cupid's bow.

Love Shack is an IPA lovechild of Eighty-Eight Brewing and Cabin Brewing— a two part Valentine's Day beer which was created through their budding relationship.

Using the same recipe and ingredients but brewed in different breweries, craft beer connoisseurs will notice subtle flavour changes between the two brews.

The beer is a tropical passionfruit IPA with a hazy taste and both breweries contributing to the formation of the recipe.

One beer labelled 'love', the other labelled 'shack', come in packs of four and are available for purchase at both breweries.

Sparks have been flying between the two breweries for some time, with Cabin Brewing making the first move.

"We've loved Eighty-Eight since they opened, they've got a great look," a spokesperson with Cabin Brewing said."And now we get to do something cool and everybody gets to see our lovechild, which is fantastic."

The beer's labels were designed to look like a broken locket and when put together will form a complete heart.