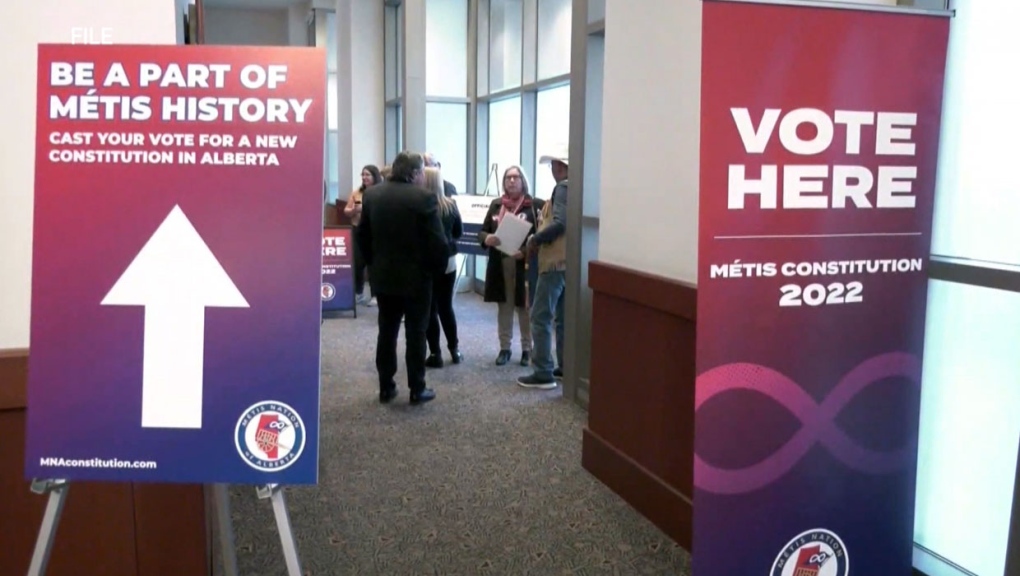 More than 15,200 members of the Metis Nation of Alberta voted in favour of a Constitution throughout November.

The Métis Nation of Alberta (MNA) is continuing on its journey toward self-government after an overwhelming vote in favour of its new Constitution.

The process, which was held throughout November, included extensive public awareness campaigns. Members were allowed to vote in-person, online and were also allowed to mail in their ballots.

"A total of 15,729 MNA citizens cast their ballots with 15,241 voting 'Yes' to adopting the Otipemisiwak Métis Government Constitution (96.89 per cent voting in support)," the MNA wrote in a statement Friday.

"This ratification vote is an essential step towards becoming the first to be implemented in the province."

The vote is also very significant for Canada as a whole, officials say.

"The results from the MNA vote represent the largest ratification vote ever undertaken by an Indigenous nation in Canadian history. That is an incredible achievement," said Chief Electoral Officer Del Graff.

Both are comprised of citizens appointed by MNA regions.

The MNA's Constitution officially comes into force in September 2023.

Rescue workers and civilians passed chunks of concrete and household goods across mountains of rubble Monday, moving tons of wreckage by hand in a desperate search for survivors trapped by a devastating earthquake.

Vaccine intake higher among people who knew someone who died of COVID-19: U.S. survey

A U.S. survey found that people who had a personal connection to someone who became ill or died of COVID-19 were more likely to have received at least one shot of the vaccine compared to those who didn’t have any loved ones who had been impacted by the disease.

The world's deadliest earthquakes since 2000

A magnitude 7.8 earthquake shook Turkiye and Syria on Monday, killing thousands of people. Here is a list of some of the world's deadliest earthquakes since 2000.

The chances Trudeau's health-care summit with the premiers will end with the blueprint to realistic long-term improvements are only marginally better than believing China’s balloon was simply collecting atmospheric temperatures, Don Martin writes in an exclusive column for CTVNews.ca, 'But it’s clearly time the 50-year-old dream of medicare as a Canadian birthright stopped being such a nightmare for so many patients.'