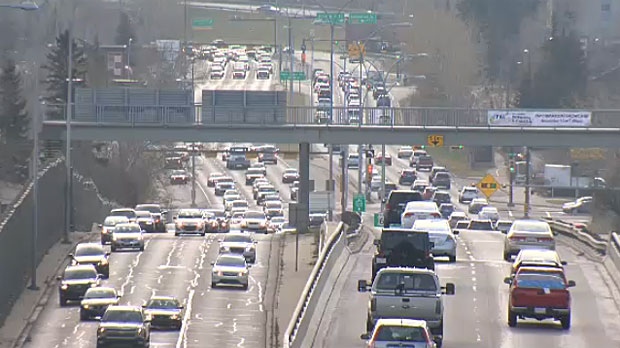 A two-year-long project has begin on Crowchild Trail in northwest Calgary to upgrade the busy traffic corridor.

The first phase of a major $87M facelift for Crowchild Trail in northwest Calgary has now begun and officials say the project will vastly improve travel on the busy route.

Work is now ongoing on the bridge over the Bow River between Bow Trail and Memorial Drive. Crews will then continue up to 5 Avenue N.W. as the project progresses.

Officials say Crowchild Trail is one of the busiest routes in the city. It sees about 100,000 commuters daily.

The work isn't expected to lead to any restrictions during the day, however, as most of the work is scheduled during the night and on weekends.

The city says the project will create about 600 jobs and it is expected to take two years to complete.