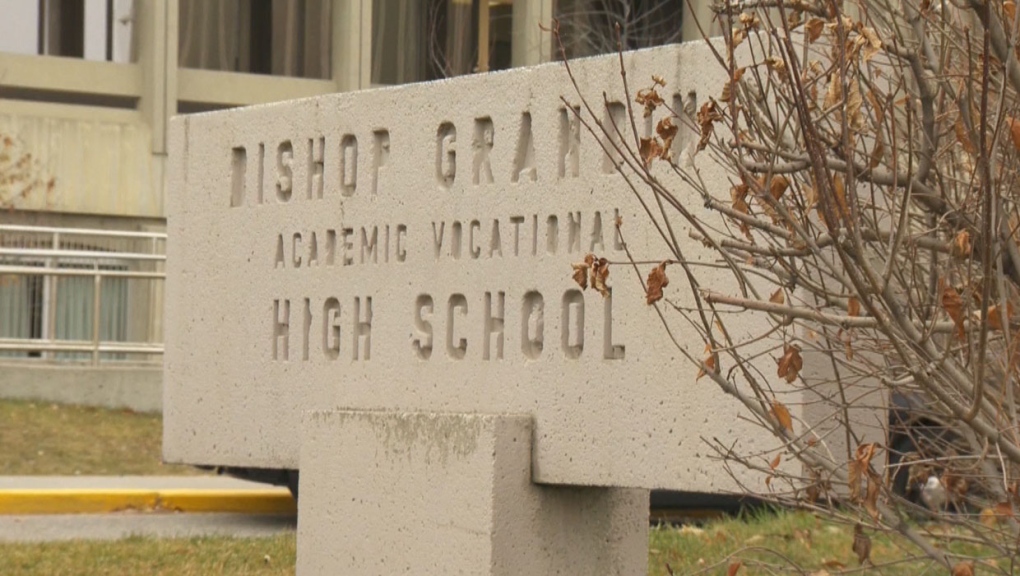 The process to potentially rename a southwest Calgary high school because of its ties to Canada's former residential school system has moved ahead.

An online poll, conducted by the Calgary Catholic School District, found 79 per cent of stakeholders were in favour of changing the name of Bishop Grandin High School.

Just 12 per cent disagreed with the idea while nine per cent were undecided.

Meanwhile, a smaller proportion of staff (54 per cent) and students (51 per cent) want to see the name changed.

The CCSD has been under increasing pressure to consider changing its name following the discovery of the remains of 215 children buried at the site of a former school in B.C.

It says it will consider feedback from all stakeholders including parents, staff and students in making a decision on the matter.

Meanwhile, the Calgary Board of Education renamed Langevin School as Riverside School.

The new name marks a return to the past for the institution, which bore the name Riverside Junior High School until it became Langevin in 1936.

A NASA spacecraft rammed an asteroid at blistering speed Monday in an unprecedented dress rehearsal for the day a killer rock menaces Earth. The galactic grand slam occurred at a harmless asteroid 9.6 million kilometres away