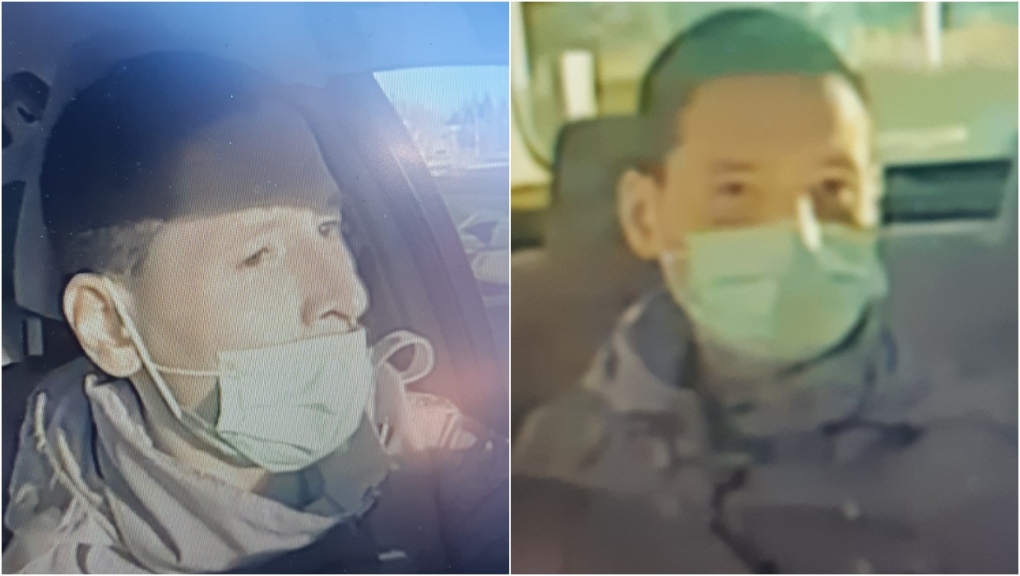 Calgary police are hoping the public can help identify a man accused of stealing a taxi from a driver.

The carjacking happened at around 8 a.m. on Sunday, Oct. 3.

Police said a cab driver had stopped to pick up a passenger at the Best Western hotel in the 3600 block of MacLeod Trail and began driving him to his desired destination, the Somerset CTrain station.

On the way there, police said the passenger asked to stop at a convenience store but declined to go to one that was nearby, instead requesting they visit another one in a different location.

While stopped at a red light in the intersection of Shawville Boulevard and 162 Avenue S.E., the driver asked the passenger for payment before continuing to drive.

"The man became upset and damaged the [car's] plastic divider in an attempt to assault the driver," police said in a news release. "The driver got out of the vehicle and tried to keep the rear passenger door shut to keep the man inside the vehicle, but the man was able to kick the door open."

Police allege the man then got back into the vehicle through the driver's door and drove off in the cab.

The vehicle was discovered a short time later sitting empty in the parking lot of Cardel Rec South in the 300 block of Shawville Boulevard S.E.

The suspect is described as having a slim build, short black hair and wearing a dark-coloured jacket.

Anyone with information is asked to call the Calgary Police Service's non-emergency line at 403-266-1234 or contact Crime Stoppers anonymously.