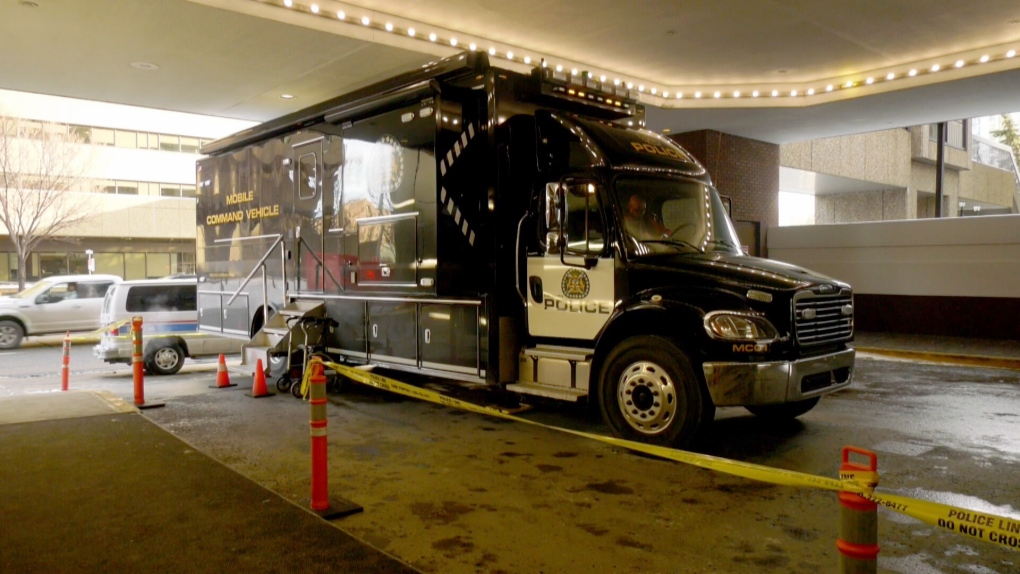 A man is in custody following a lengthy incident in downtown Calgary.

CALGARY — A man is in custody following a lengthy incident in downtown Calgary that saw traffic disrupted for several hours.

Emergency crews were called to the 200 block of Fifth Avenue S.E. about 6 a.m. following reports of a man with a weapon.

A minor traffic collision was reported at the same time, however it is not known if that was connected.

Traffic was reduced to one lane on Fifth Avenue at First Street S.E. for several hours as police dealt with the man, who was in a nearby apartment building.

Police said the man was taken to hospital for mental health concerns.

No other details are available.