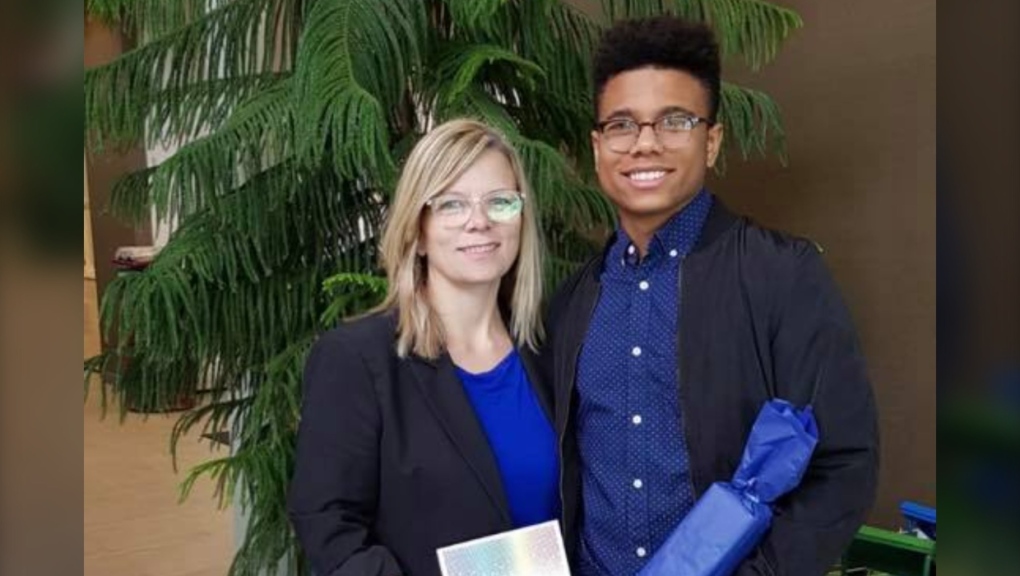 Melanie Lowen and Alexander James Thorpe are shown together in a photo. (Photo via Facebook / Melanie Lowen)

RCMP officials confirm officers responded to a business in northeast Airdrie on the morning of Jan. 13 after a call was made to 911 indicating a man was in medical distress.

The man was taken to hospital by ambulance and placed in police custody.

The scenario prompted police to visit a home in Airdrie for a check on welfare. The body of 48-year-old Melanie Lowen was found in the residence.

RCMP confirm 20-year-old Alexander James Thorpe has been charged in connection with the Lowen's death.

The relationship between the victim and the accused has not been released but RCMP say the two were known to one another.

Lowen’s Facebook page and other social media posts by friends identify Thorpe as her son.

Thorpe was scheduled to appear in Calgary provincial court on Monday.