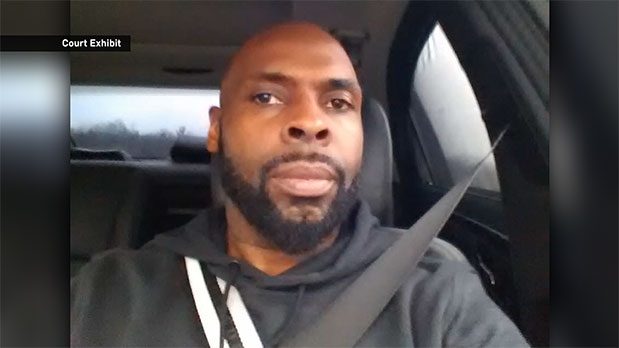 Edward Downey was found guilty of two counts of first-degree murder in the deaths of a Calgary mother and daughter in 2016. (Court Exhibit)

The man sentenced to life in prison with no chance of parole for 50 years in the death of Sara Baillie and Taliyah Marsman is appealing his conviction and sentence.

Last December, a jury took less than three hours to convict Edward Downey of two counts of first-degree murder in the deaths of Baillie and five-year-old Taliyah.

Baillie’s body was found with duct tape wrapped around her neck and face, stuffed into a laundry basket in a closet, in her Panorama Hills home on July 11, 2016.

Taliyah's body was found dumped in the bushes outside the city three days later.

The medical examiner determined that both died of asphyxiation.

In March, Downey was sentenced to life in prison, with no chance of parole for 50 years.

On Monday, a new defence lawyer filed a notice asking the Alberta Court of Appeal for a new trial saying that the trial judge erred in pre-trial rulings and charging the jury.

The notice also stated that the judge erred in ‘imposing consecutive periods of parole ineligibility'.

If a new trial is ordered, Downey has requested it be by judge and jury.

A date has not yet been set for an appeal hearing.