Calgary police are investigating after a man's body was found inside a detached garage of a home in the northwest community of Thorncliffe.

The homeowners are an elderly couple and told CTV News that a family member made the discovery. They said their granddaughter came over to help clean, as she does regularly, and notice what she thought was someone sleeping in the garage when she took the garbage out.

The family says they quickly realized the man was dead and that’s when they called the police.

Officials say the victim, who is in his late 20s or early 30s, was found after officers reported to the scene of a home in the 6100 block of Thornaby Way N.W.

The body was found in the garage, but police say he didn't live there.

"The deceased male is not known to the occupants of the residence and we continue to investigate the events that lead up to his death," police said in a release. 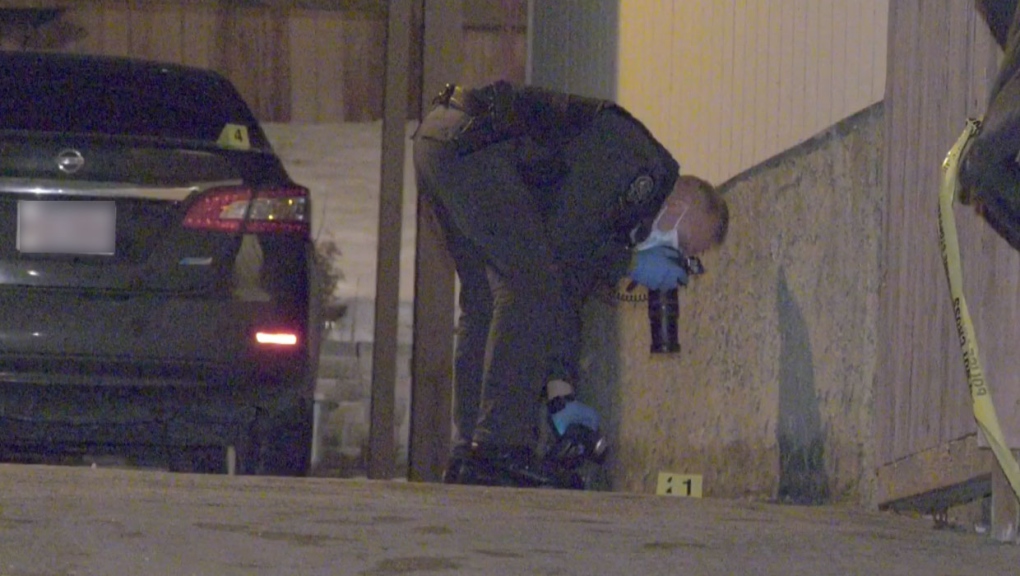 The homeowners say they’ve lived in the home for 40 years and are shaken by the discovery. They also don’t know how long the man had been in their garage.

Diane Anderson lives in the neighborhood and is surprised to see the homicide unit in the community.

“It’s just an average normal happy (area). I mean, you don’t hear any problems. You don’t see people wandering around, you don’t see police around so it’s rather shocking,” she said.

In addition, police are working to determine the man's identity.

An autopsy is scheduled to take place on Monday.

Anyone with information about this suspicious death is asked to contact police by calling 403-266-1234. Tips can also be submitted anonymously to Crime Stoppers through any of the following methods:

Quebec's health ministry announced Thursday evening there are two confirmed cases of monkeypox in the province, while 20 other suspected cases are still under investigation.

A painting by Nova Scotia artist Maud Lewis that was once traded for a few grilled cheese sandwiches, recently sold for an astounding $350,000 at auction.

A charity that focuses on helping LGBTQ2S+ refugees facing violence and discrimination internationally is calling on the Canadian government to partner with them to facilitate a way out for hundreds of Afghans who have reached out to them in desperation.

Prince Charles says he and Camilla, the Duchess of Cornwall, were departing Canada with 'heavy hearts' and a deeper understanding of residential schools after their royal visit wrapped in the Northwest Territories.