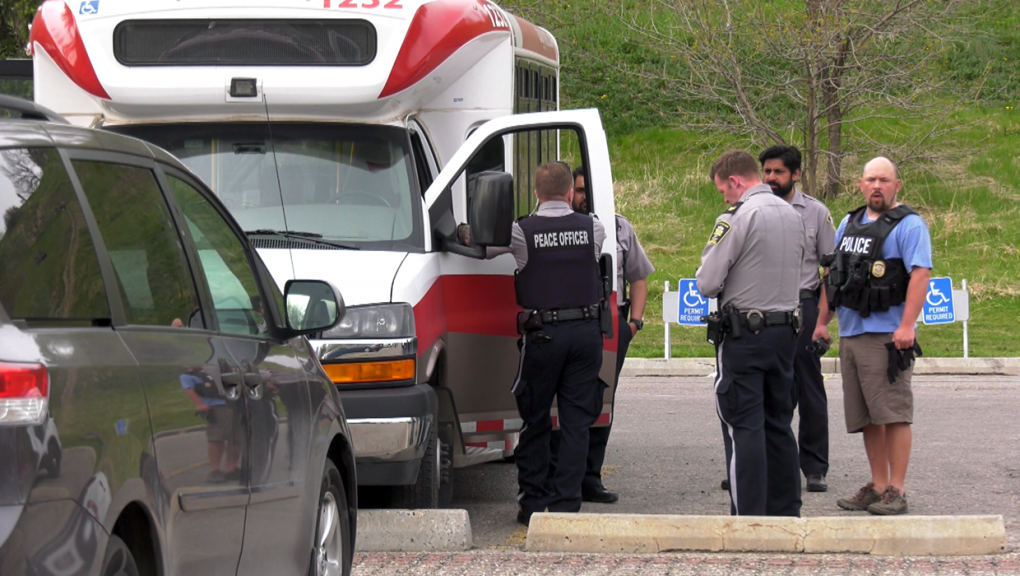 Calgary police have a man in custody after he allegedly stole a city bus and drove onto the pedestrian only part of Memorial Drive Monday evening.

CALGARY -- Calgary police have a man is in custody after a city bus was stolen and taken for a wild ride down Memorial Drive early Monday evening.

The incident took place just before 6 p.m, when a bus was stolen from 16th Avenue N.W. and 19th St. near North Hill Mall.

The offender drove the bus dangerously, hitting vehicles that  were both parked as well as some being driven. He was driving at high speeds and eventually turned onto Memorial.

From there, the bus bandit drove the bus into the blocked-off part of Memorial meant for pedestrians and cyclists, before eventually turning into the parking lot at the Calgary Curling Club.

From there, the suspect abandoned the bus and  tried to make his escape on foot, but was arrested by Calgary police.

The police said they were able to track the runaway bus via HAWCS overhead and through 911 calls received from motorists reporting that their cars had been hit.

Police estimate the incident lasted 15 minutes. They have a man in his 40s in custody. Charges are pending.