Man in life-threatening condition after stabbing at Calgary Tower 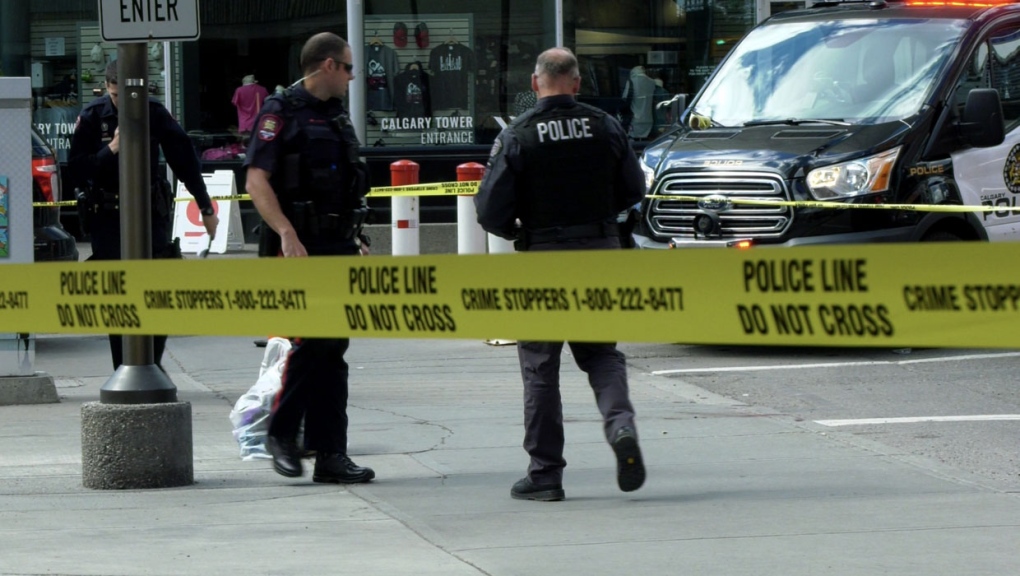 Police say a man who was stabbed on Saturday morning is not being cooperative with the investigation.

A man is recovering in hospital after being stabbed Saturday morning, though Calgary police say the man is “uncooperative.”

Around 9:10 a.m., emergency responders were called to the corner of Centre Street and 9th Avenue S.W. for reports of an assault.

A man in his 20s was rushed to Foothills Hospital in life-threatening condition, paramedics said.

A large part of the sidewalk along 9th Avenue in front of the Marriott Hotel was taped off for part of the morning as police investigated.

Investigators were seen photographing a blood stain on the sidewalk and a bag of clothes.

Because the man is not cooperating, police are trying to piece together what happened and have not yet determined who the suspect or suspects may be.

Anyone with information is being asked to call police or Crimestoppers.