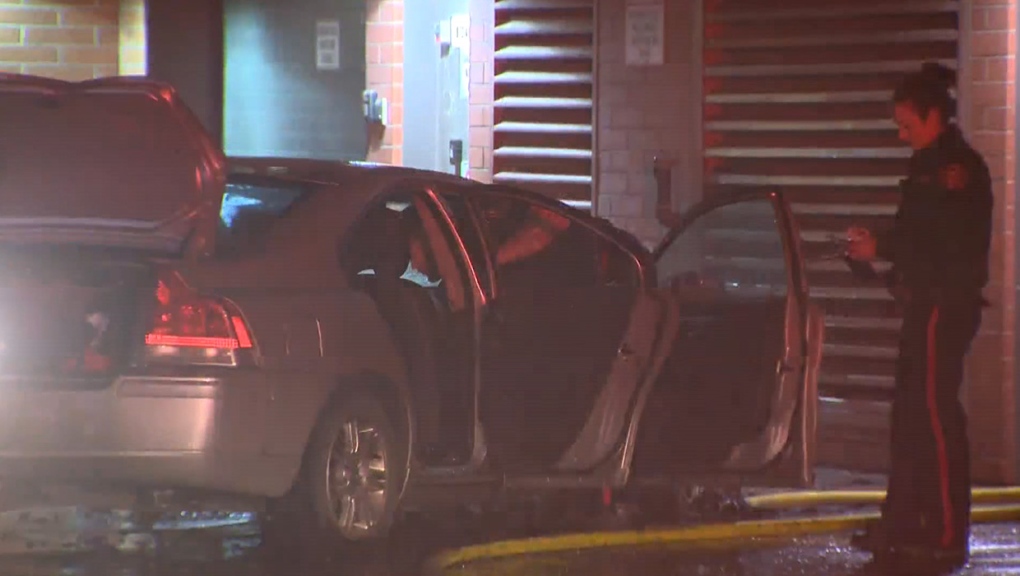 CPS members examine a sedan following a Friday morning fire in the alley in the 800 block of Fourth Ave. S.W.

CALGARY -- An investigation is underway into a Friday morning vehicle fire in a downtown alleyway.

Emergency crews were called to the alley in the 800 block of Fourth Ave. S.W. at approximately 6 a.m. following reports a car was on fire.

Fire fighters removed a man from the burning sedan and handed him over to EMS for medical treatment.

According to EMS officials, the man refused to be assessed and was not transported to hospital. The man left the scene with police.

The fire was extinguished before it spread to neighbouring structures. The cause of the blaze remains under investigation.