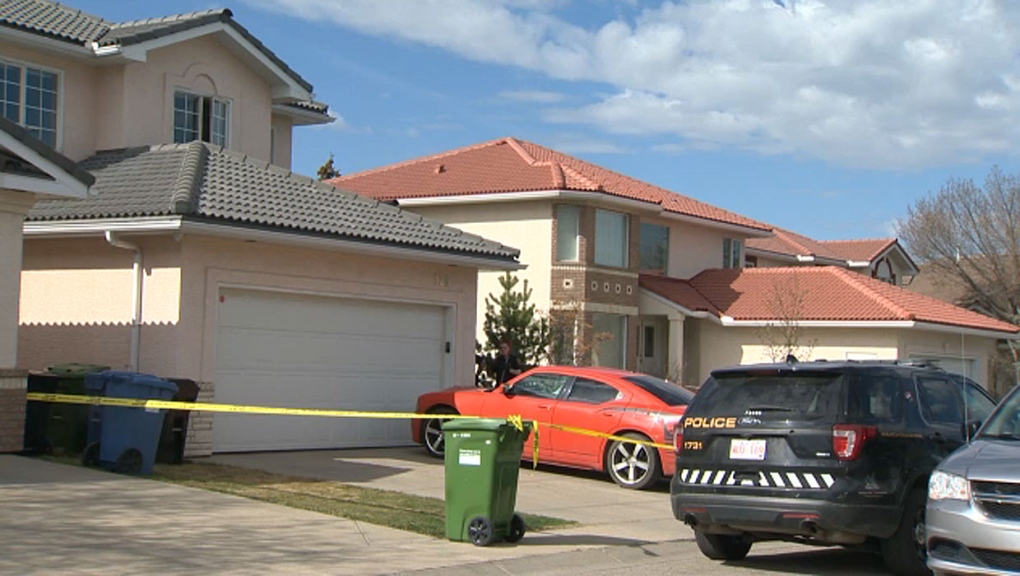 A man in his 40s was found dead inside this home in the Hamptons early Sunday morning. His cause of death is under investigation.

Calgary police have blocked off a home in a northwest community after a man was found dead early Sunday morning.

Officials say they responded to the scene, in the 100 block of Hampstead Close N.W., after they received a report of a body found at about 3:00 a.m.

When they arrived, they found a man in his 40s dead at the scene.

A preliminary investigation of the premises uncovered evidence that has led police to believe the death is suspicious in nature.

The CPS Homicide Unit has taken over the investigation.

Neighbours who spoke to CTV News say the man who lived at the home had been there for about a year and they saw lots of visitors coming and going at all times of the day.

One witness says he saw a vehicle leave the home at around the same time police were called to investigate.

An autopsy on the victim is scheduled to be conducted on Monday.

Anyone with information on this incident to contact police by calling the non-emergency number at 403-266-1234, or the Homicide Tip Line at 403-428-8877. Tips can also be left anonymously by contacting Crime Stoppers through either of the following methods: